Well I'm now free of the boot and hobbling free. It's still early days, I'm certainly miles away from actually climbing again. However, I have discovered it's all in pretty good shape considering.

I took it for a test drive. 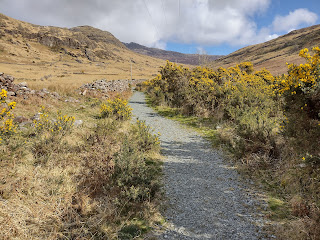 Turns out with appropriate footwear I can get around a bit. 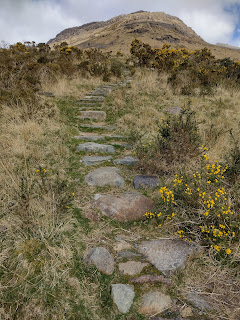 Yep I also used a walking pole, and had to sit down occasionally, but with care and caution.. 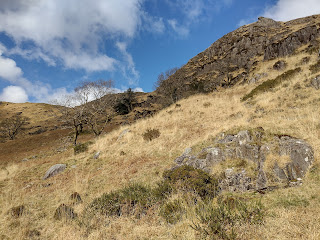 I even coped with a little wilderness terrain.
So early days, but the joy of going somewhere I haven't been before, (especially as it felt like somewhere people didn't go often ) Well. It made me feel myself again.
The same time I was filling in the blanks on my personal map, a good friend and wind up merchant James Caff McHaffie was polishing off the original Giveaway Project of the Month from 2009. 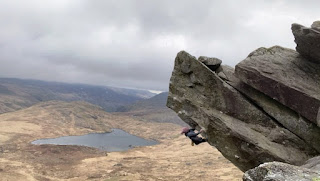 I was incredibly made up, as I'd been banging on about the Superprow for, well, 13years. I'd even tried it myself ( too scary) and was building a patio for future highballers. Caff of course added a couple of token stones and cracked on regardless.
Since lockdown Caff has polished off four of my "Too much for Hosey" projects.
It's been really gratifying passing them on and seeing other people catch the vision I had.
This got me thinking about how much I've explored versus either finding anything, or if I do, actually getting round to climbing these lumps.
From the new perspective of temporary crippledom I'm realising that the hunt is as valuable (sometimes more so?) Than the capture.
A bit of a Google search found I was not alone. Micro exploration has been coined to describe these events. In the past adventurers were drawn to the blank bits of the map. In the modern world, the blank bits are still there. You just have to zoom in a bit, basic chaos theory innit?
All this is weighing on my mind, as climbing seems a long way off ( my gimpy toes only can take about 30% bodyweight). I'm coping with this by concentrating on being an explorer.
My project book is all full of ticks ( mine and other people's) and some unclimbed rock has to be discovered to refill it.
Today I went here: 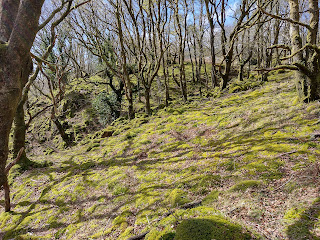 Random woods on the edges of the map. Not so much a blank bit, as a bit that's been doodled on, had some tea spilt on it and then dropped down the back of the bookcase.
It's these forgotten places that occasionally turn up treasure. 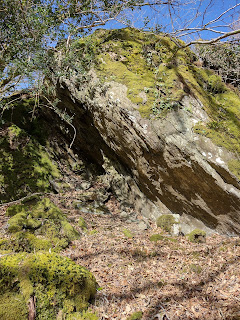 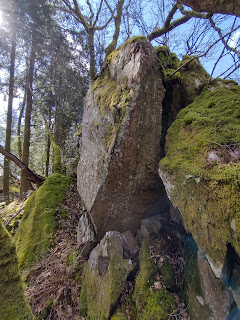 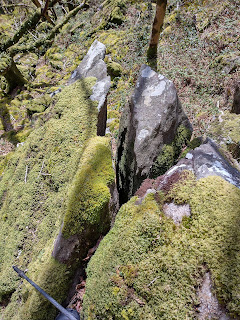 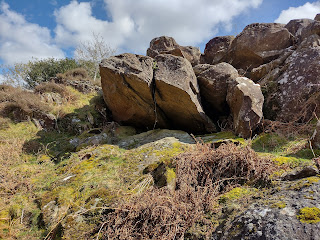 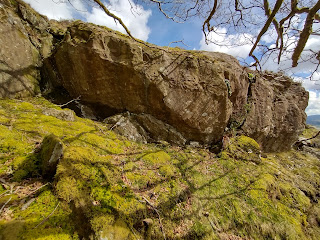 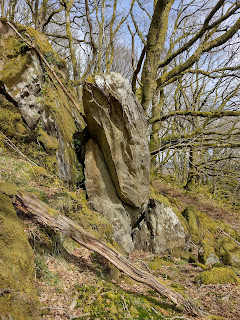 So the gimpy foot generally behaved, apart from when a hidden stick snapping under my heel and shocking the system a tad.  I can keep exploring and finding new happy places.
There's treasure everywhere
Posted by HoseyB at 14:49