Well I've finally got round to tying on chancing my arm. Plus points are that the first two clips are unproblematic i'm strong on the moves to the point where I need to highstep. The negatives... I'm still not flexible unough, and its pointless returning until I am. I got quite down about this but at least it releases me to ignore it until i'm ready. I should go and enjoy some climbing elsewhere. I did go on to second my patient belayer on journey to the centre of the earth. However, midges dictated I didn't hang around and did so in my trainers, which provided some comedy. Logan has also killed the laptop,so this post is off my phone please forgive the awkward syntax. Better get back to stretching...
Posted by HoseyB at 15:01 No comments:

Getting out, and Giveaway Project of the Month - July

This week has been one of sun, blue skies and heat. I've been psyched for my first red point on the Beast, but dragging a belayer to lost world is rather difficult in this heat. I was all set up to pop up with Wolf on Tuesday eve, but his work commitments got in the way so I was at a loose end. Did I mope about? yes, but knowing that a couple of my friends were up at cloggy slaying demons, I decided to try and join them. To get some climbing in I chose to  pop up the Pass, and mountaineer myself up. This was inspired by a similar trip I'd made about 10 years ago, some Facebook pics of Gambit climb, and a recommendation of Jammed Boulder Gully (Thanks Ug!).
Didn't remember to take pics until I was in Cwm Uchaf however. 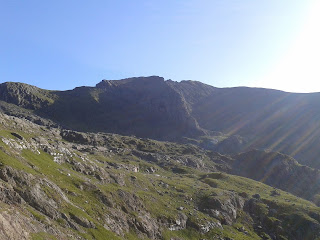 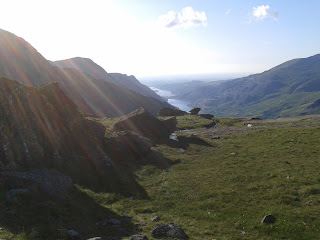 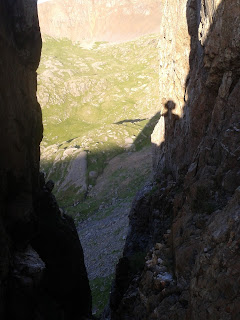 The view down Western Gully. 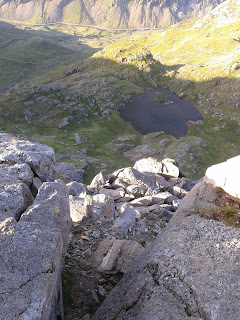 Of course I didn't top Garnedd Ugain until everybody had headed off home, but the return trip down Gyrn Las was really enjoyable too.. 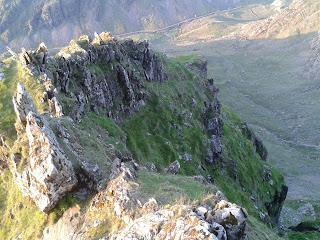 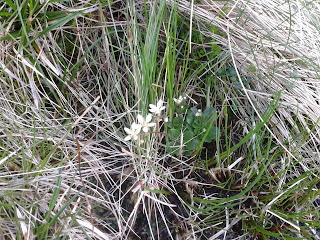 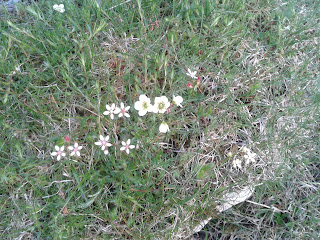 Pretty flowers, I'm sure someone know what sort....

Now the giveaway is in Cym Uchaf, just up the re-entrant from llyn Glas. sort of in-between a highball and a route, I'd bring a TR rig for the first visit to cut down on the luggage. Anyhoo, this buttress looks nice and interesting.. 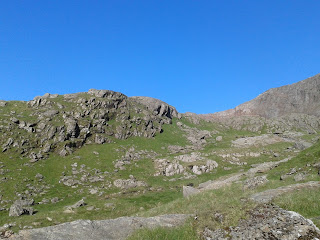 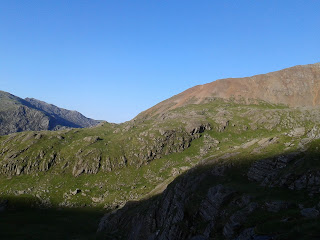 The second shot was from Western Gully. There's a small amount of bouldering here abouts, but the main attraction is the surrounding beauty. Enjoy.