So thought I'd better get a trip into the hole before September kicks off as:
A) Once I can actually go climbing will I want to go digging?
B) I couldn't face visiting in July

I did get in during June with a trowel, and it was very like time-team in that I was dying for a JCB, or at least the fork which I had left at home... Slow going.
This time a coordinated effort between trowel and fork meant many gains were made: 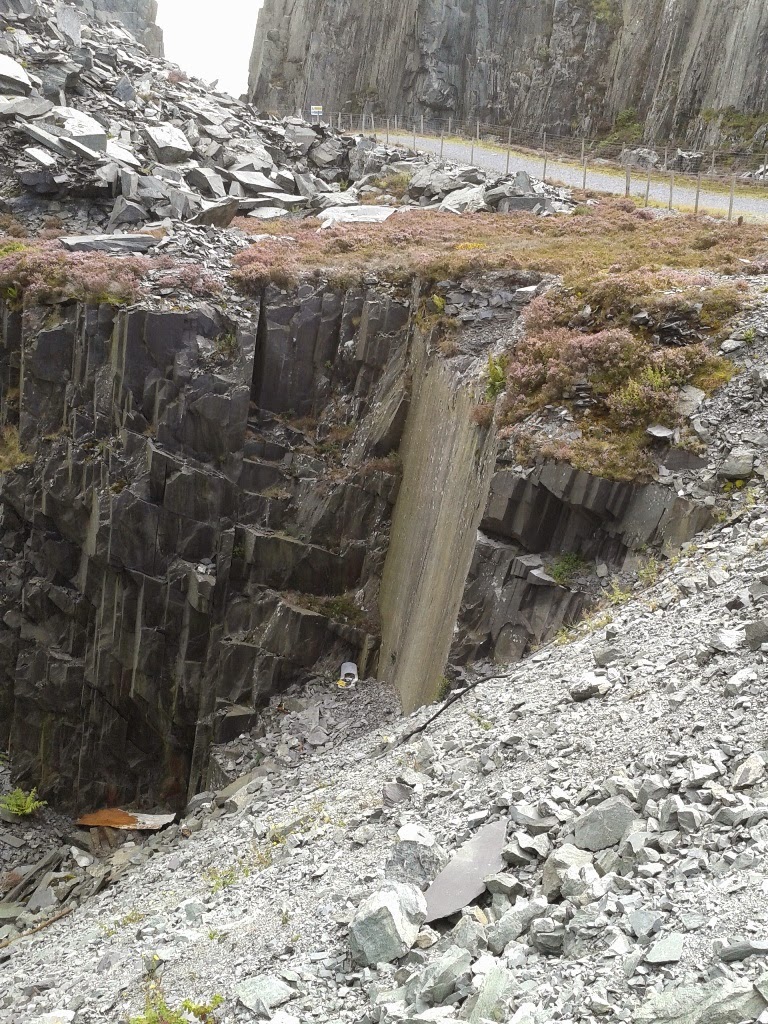 Before and After this visit. It was very productive with all the top edge now exposed and cleaned of loose blocs. There was a large section on the right that I could see had a fracture line and looked loose.. It turned out to be a washing machine size chunk and only pull off-able by people of a size that would preclude an ascent.. 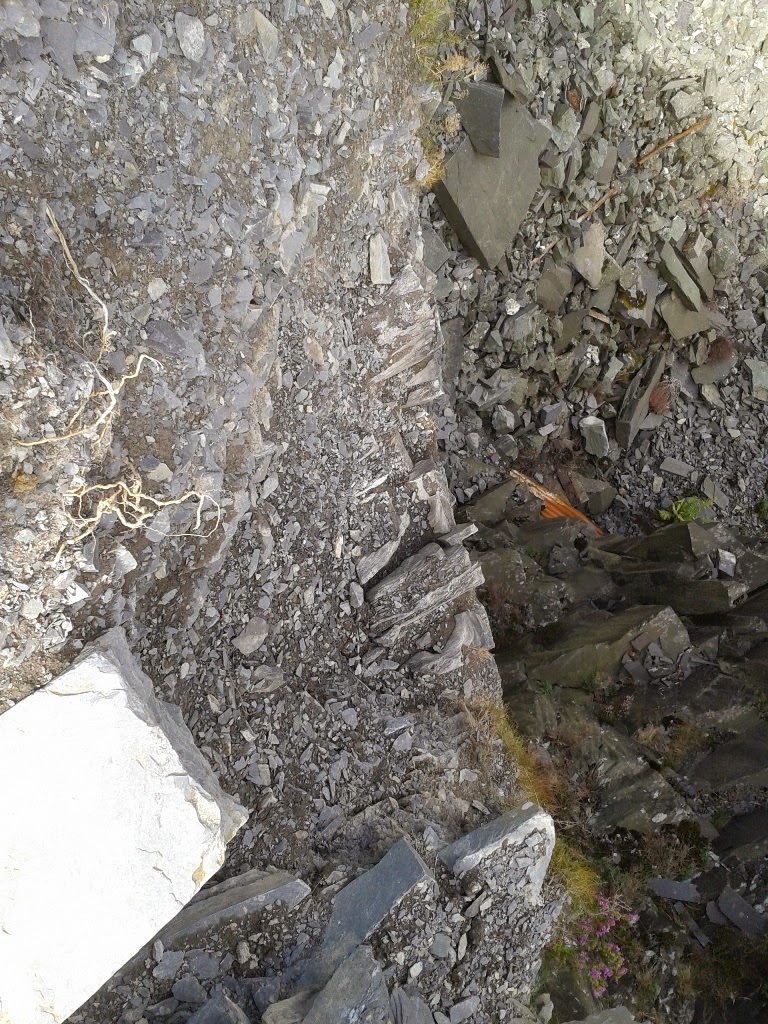 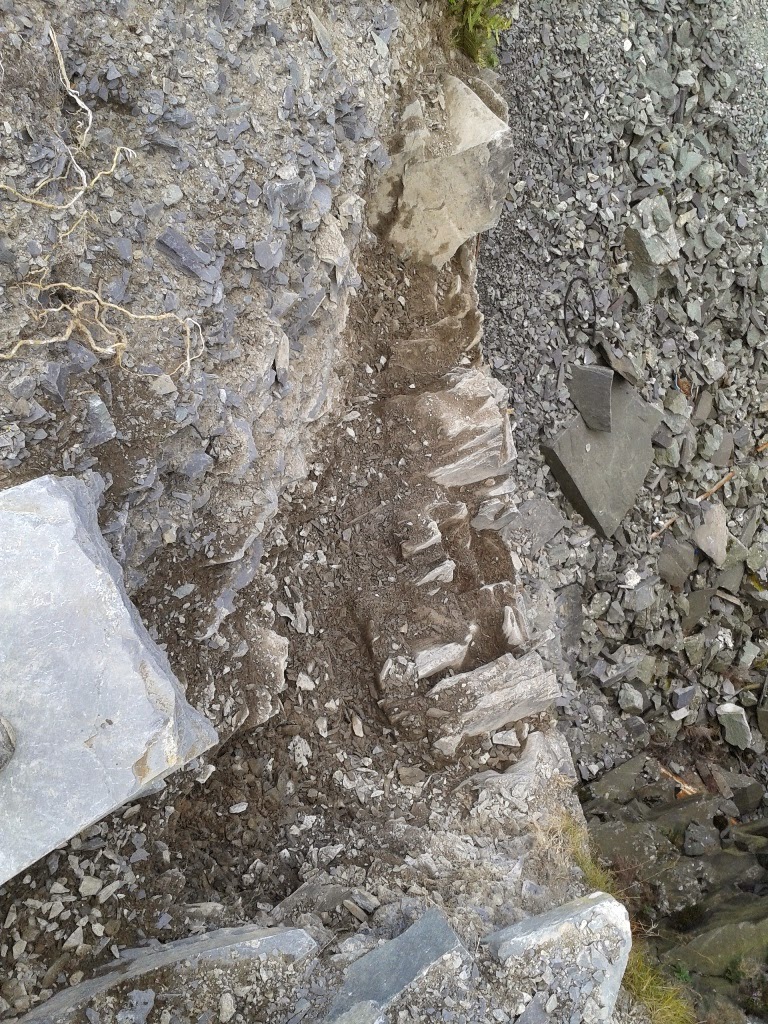 The Finished Top. The blig block on the left is level with the top edge. There is then a narrow gully which fans out to a pretty roomy gangway above the main strip 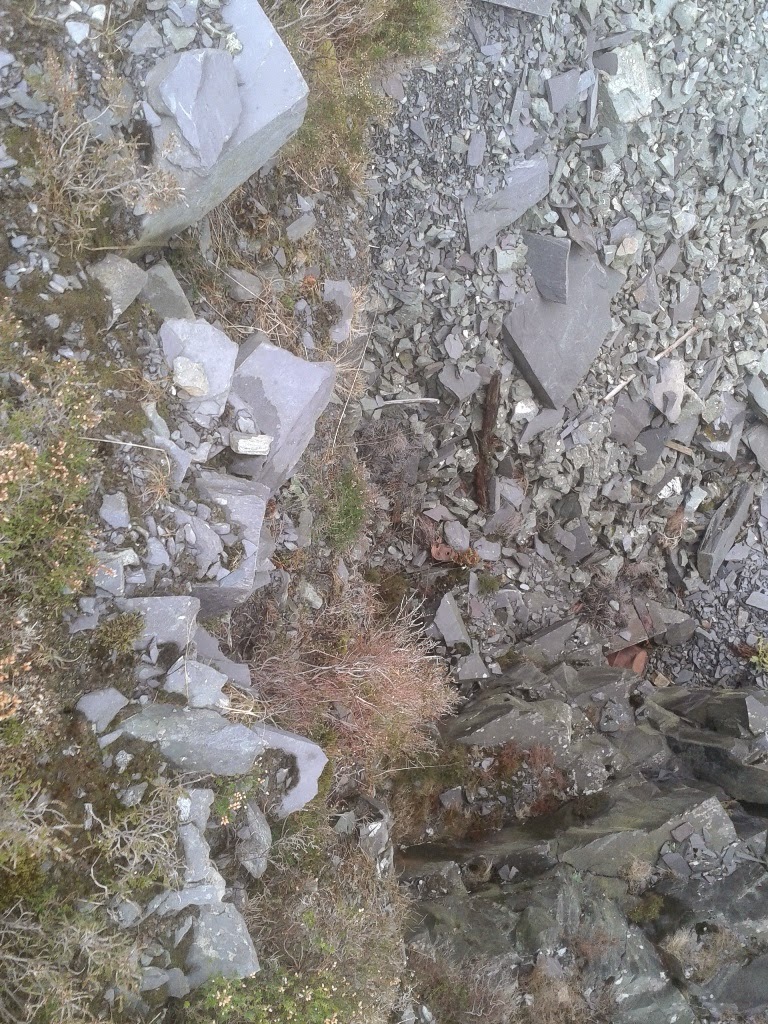 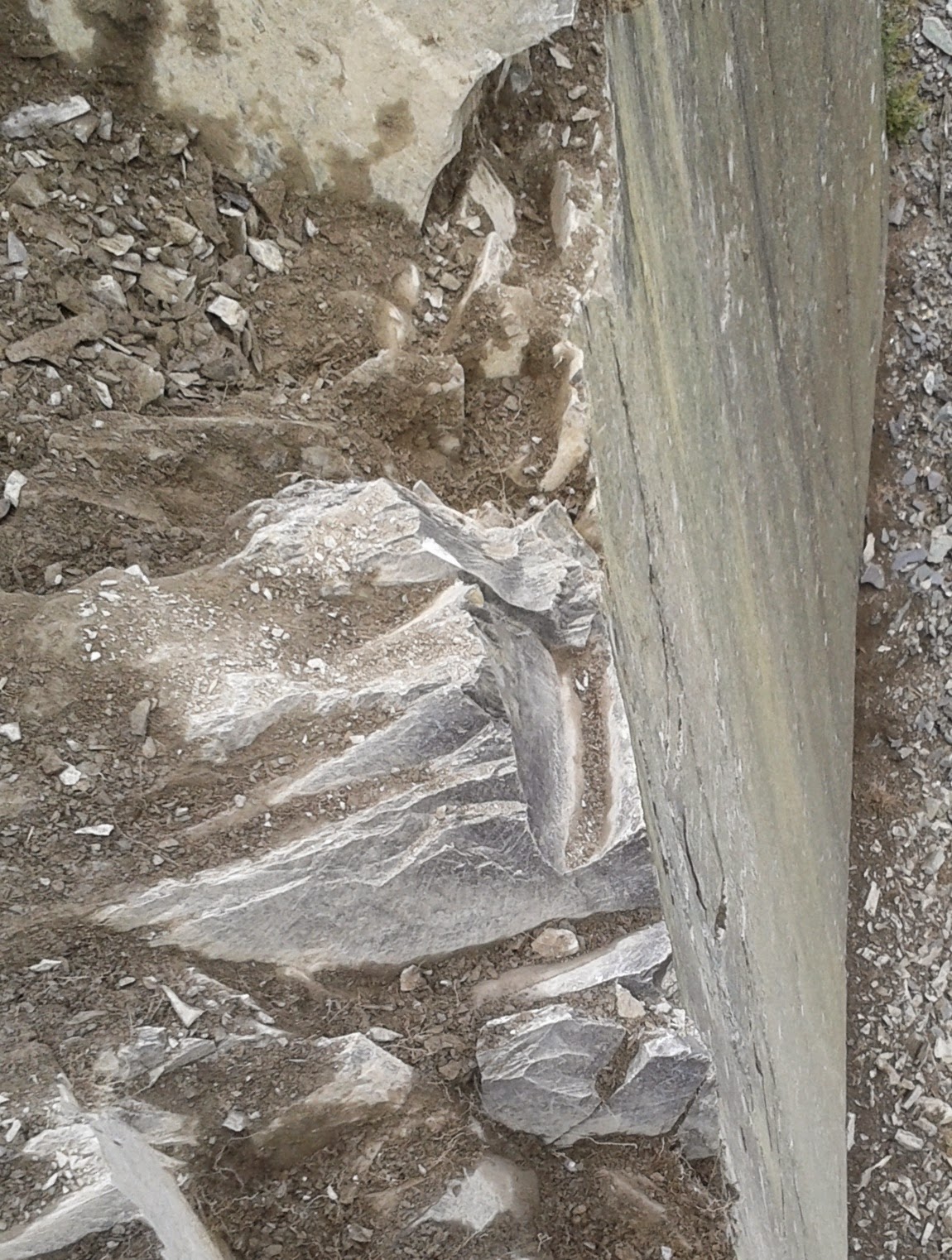 I also took this opportunity to abb the wall for the first time, and blow me the central line between the rails has holds! something for me to climb after all. The lines either side however look good and hard. The patio is all but finished. All the filling is done, the rest of the spill now needs leveling out with a fork (I started but ran out of time). So Please can someone else wander in with a fork, it'll take you half an hour and then you can get first go! 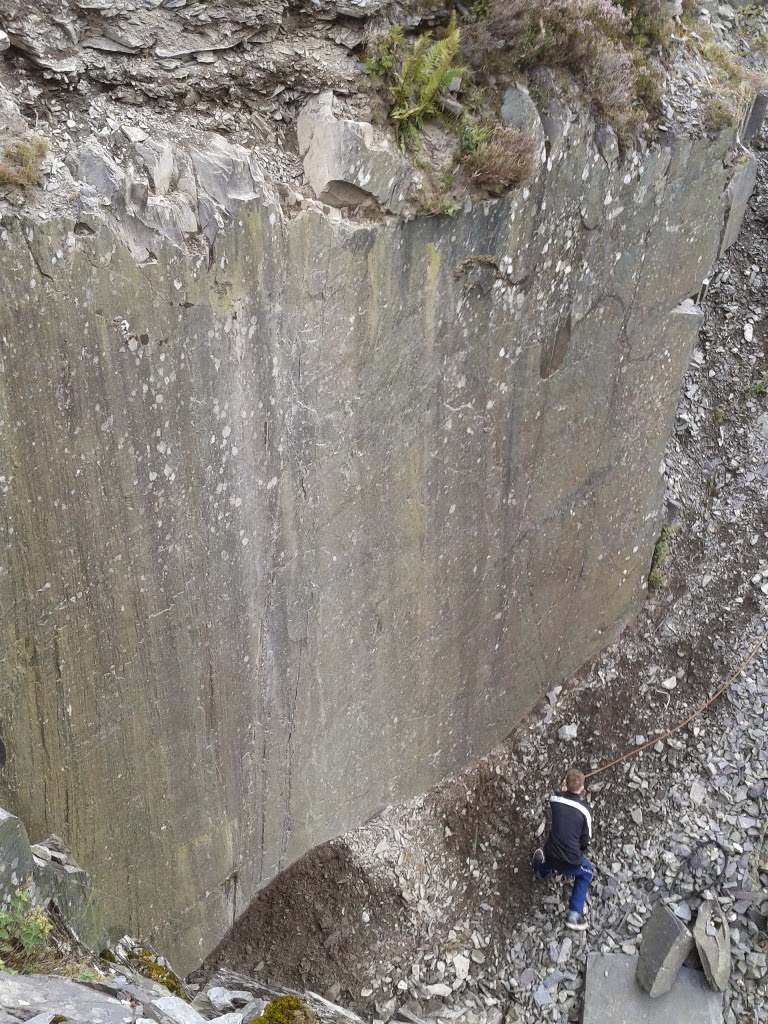 The wall with a scally for scale. The fine spill at the base just needs spreading out and leveling... and about 6 pads popping on it!

Open Project of the Month - August

Send-Tember is around the corner, and I'm starting to line up some time to tackle these open projects. All my kids will be attending school full time for the first time, so when I'm not at work I'll have a whole 5 hours and 45 minutes to pursue the dream.
Super prow and the Neverfall project are obviously high on the list, with hopefully some repeat visits. I'm still lacking mileage, but I'm hoping to nail the Tosheroon too.
Mainly though, due to convenience, available quality existing problems, and personal love, I think I'm going to be hiking up to Dyffryn Mymbyr...

Thus this months Open Project is the biggest plum I've found up there so far: Giveaway April '13 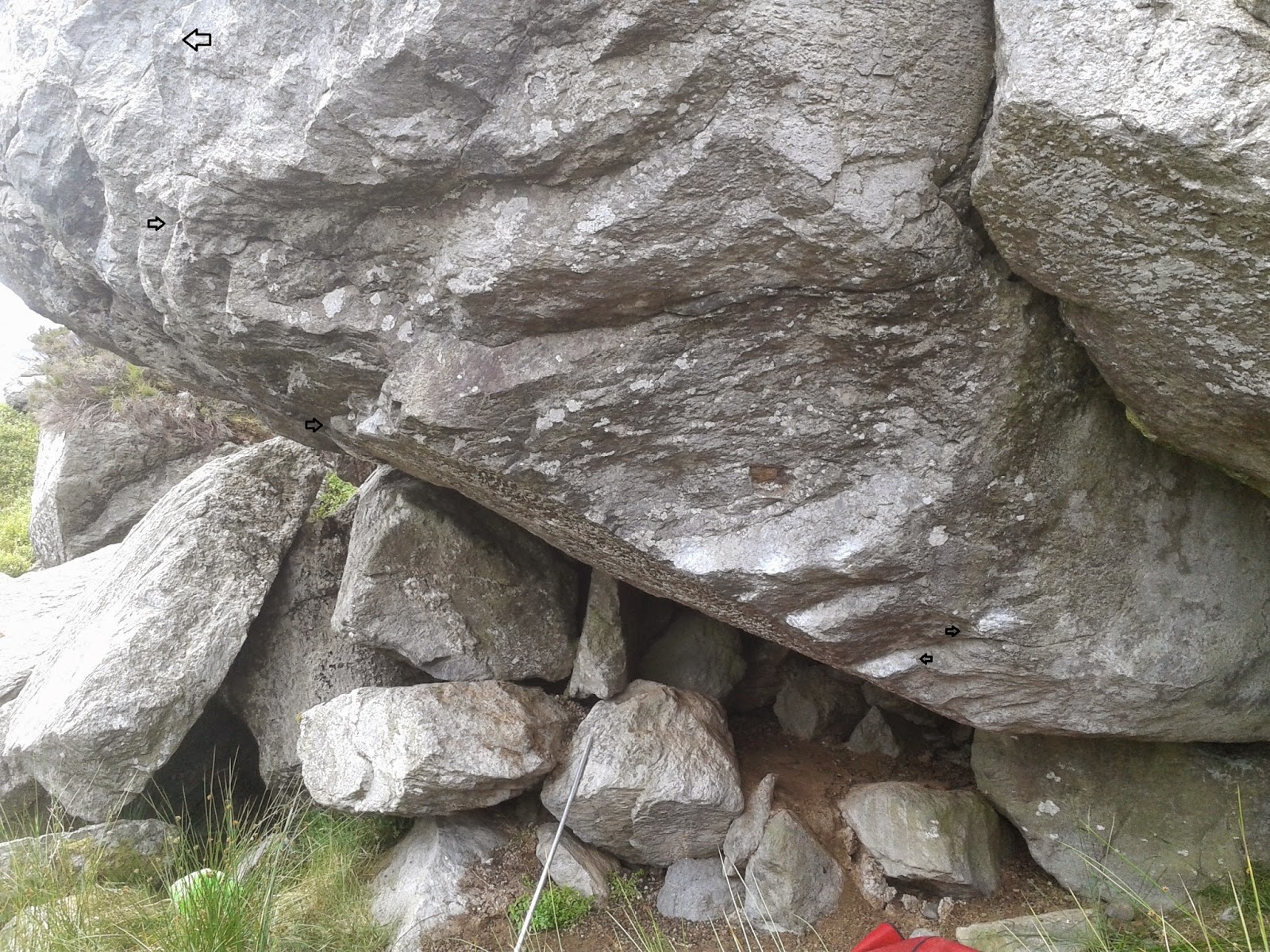 So the First proper trying session was a bit rushed, due to child care duties, but at least I identified some viable holds and had a quick play.
The lowest arrows are your starting holds; a sloper and a crimp. these are reached from a sitter with feet cammed in the block. What follows is a lot of clever foot work that, combined with some slapping brings you to a compression like stance at the end of the main slopey rail.
This sequence eluded me on that visit, probably not helped by my fitness levels. The next move, however is likely to be the crux. A massive dyno to the next arrow (well, the chalk to the right of it..) BOOM.
I'm psyched to work it upto this point, especially as upto this hold, the landing is conventional enough. The next section is a little close to the end of the flat, and the hill slopes away rather severely. All within a highball range, but some rafting of mats and tethering of spotters will be required. I have a whimsical notion of binding a taco mat into a D shape at the base of the raft to make a "catcher" platform to pile more mats on....
However I'll try to latch the dyno before resorting to mad science.

With August came my fortieth birthday, and a long awaited return to my old stomping ground of Devon. The plan was to get to some places I had yet to visit due to past faff, and I had high expectations of crushing local testpieces...
However, with this years minimal mileage on the rock, and old friends taking precedence over wild arenas, plans changed and (that rarity) pure pleasure was had instead: 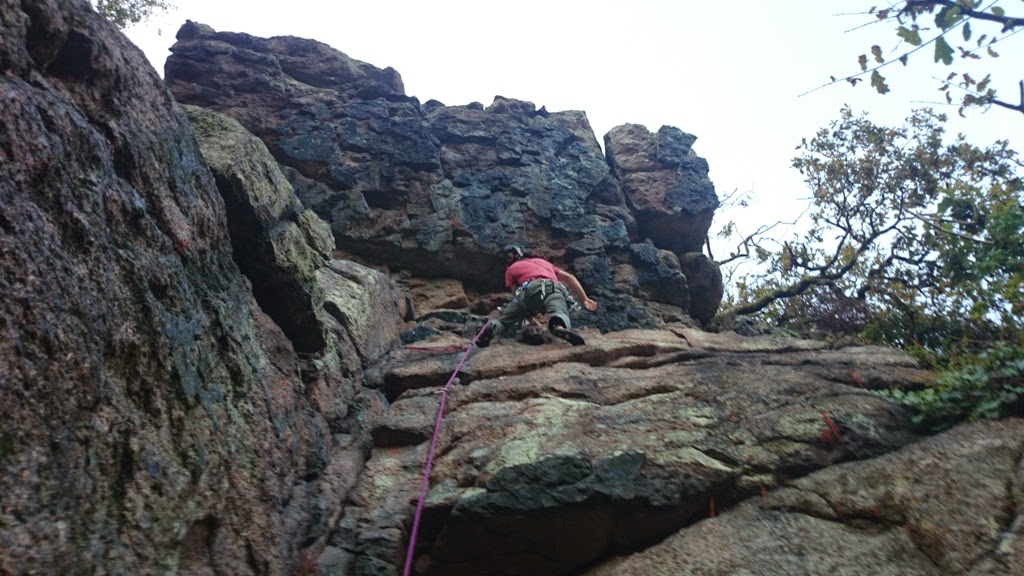 Inkspot's hangover at the Dewerstone, a scene of major cleaning efforts opening up this previously shrubbed up area 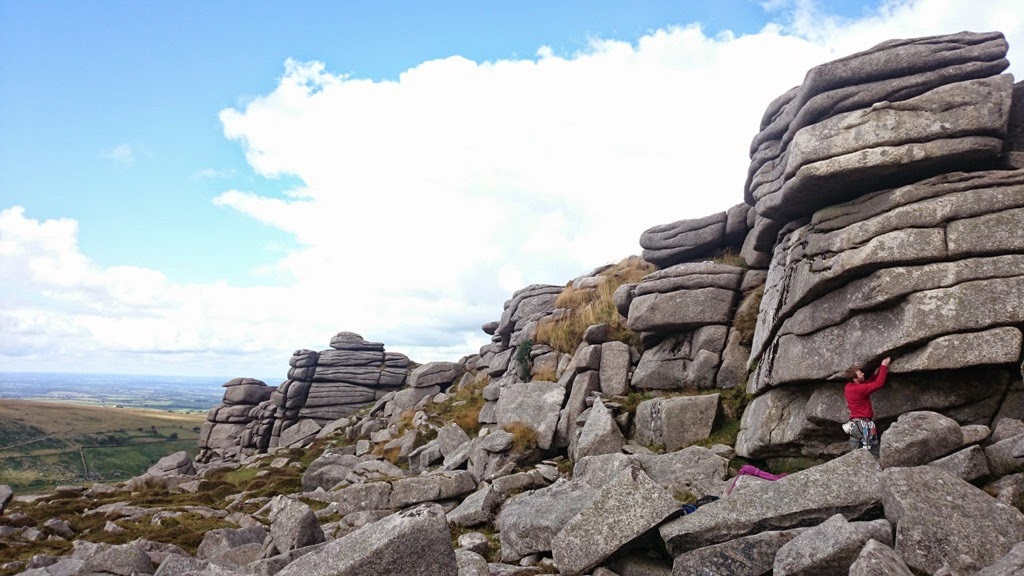 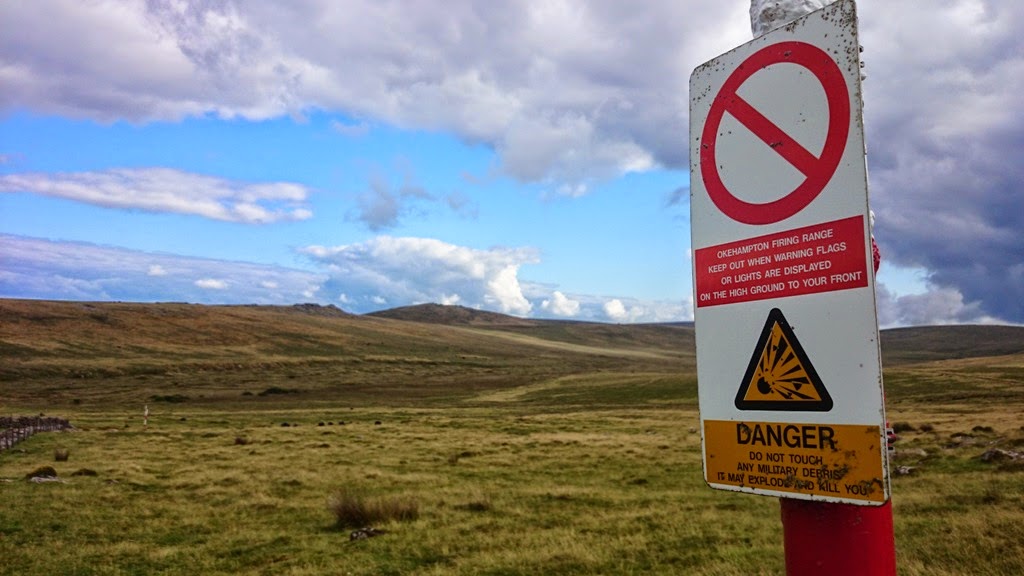 Fun and Games on the high moor.. 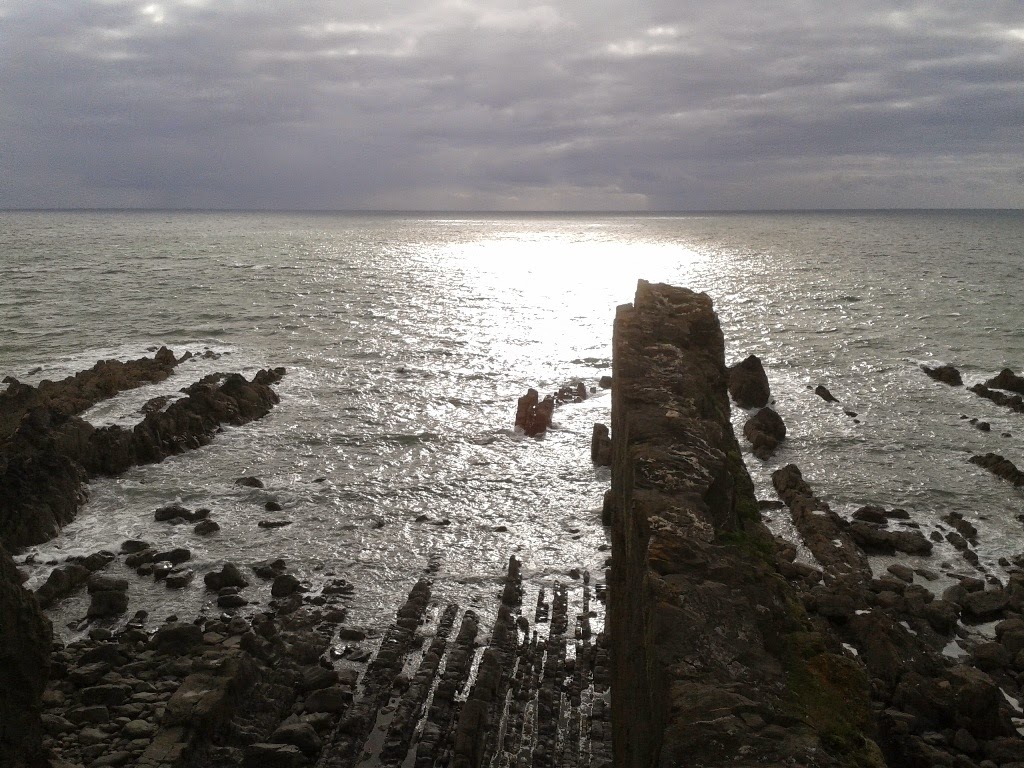 The sun setting on a great day on Lower Sharpnose. tide and squalls made for a late start, but much fun was had (I even got to follow Fay on the Blunt end..) 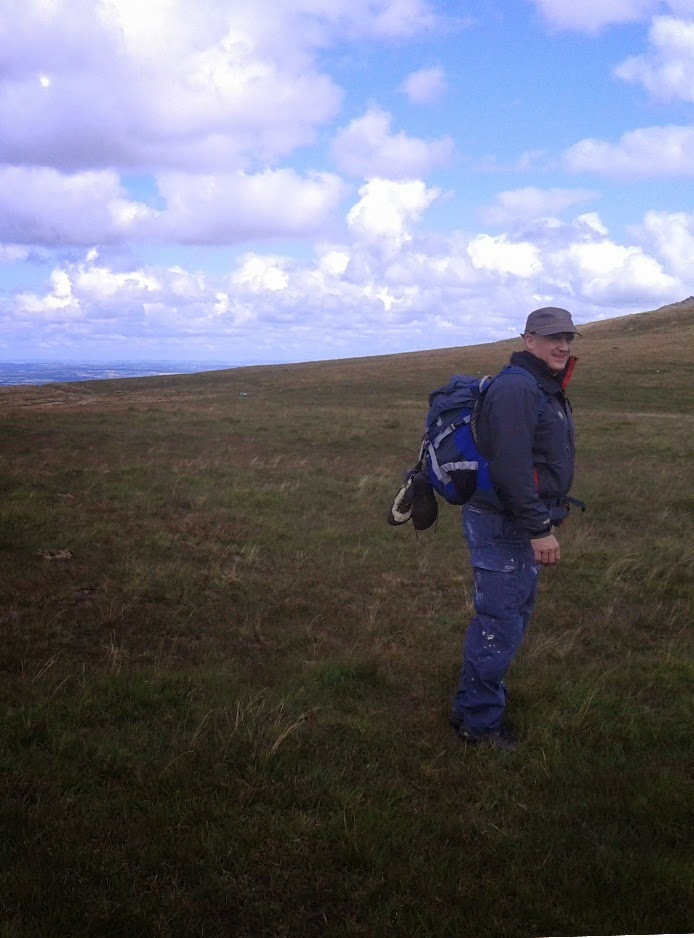 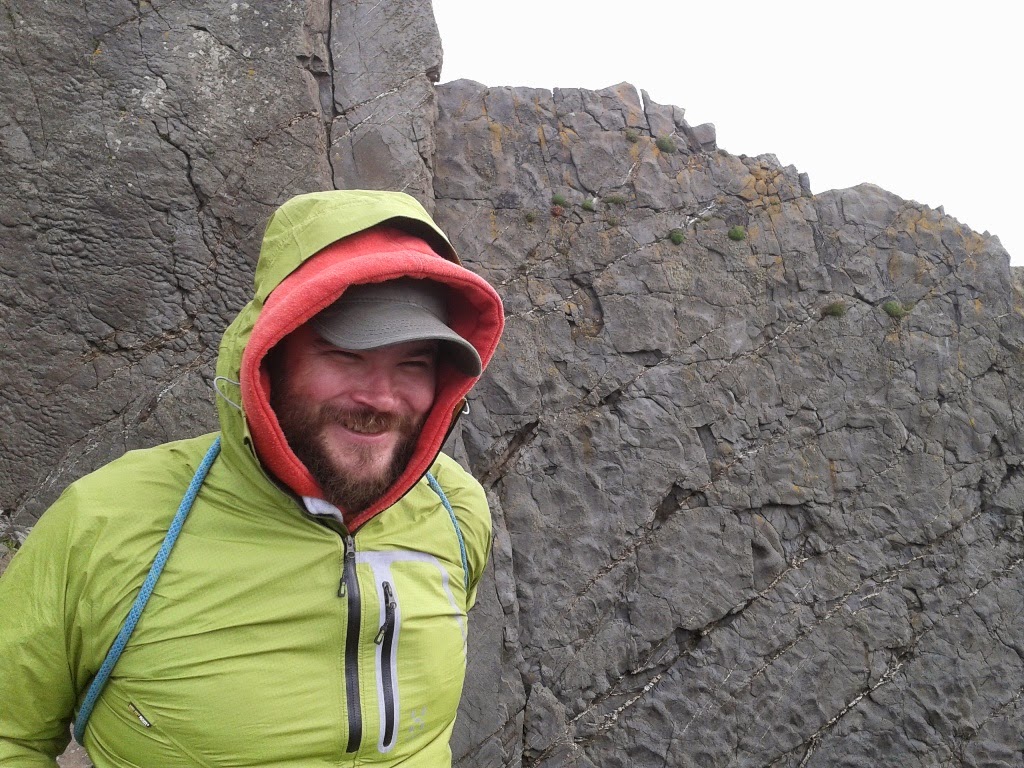 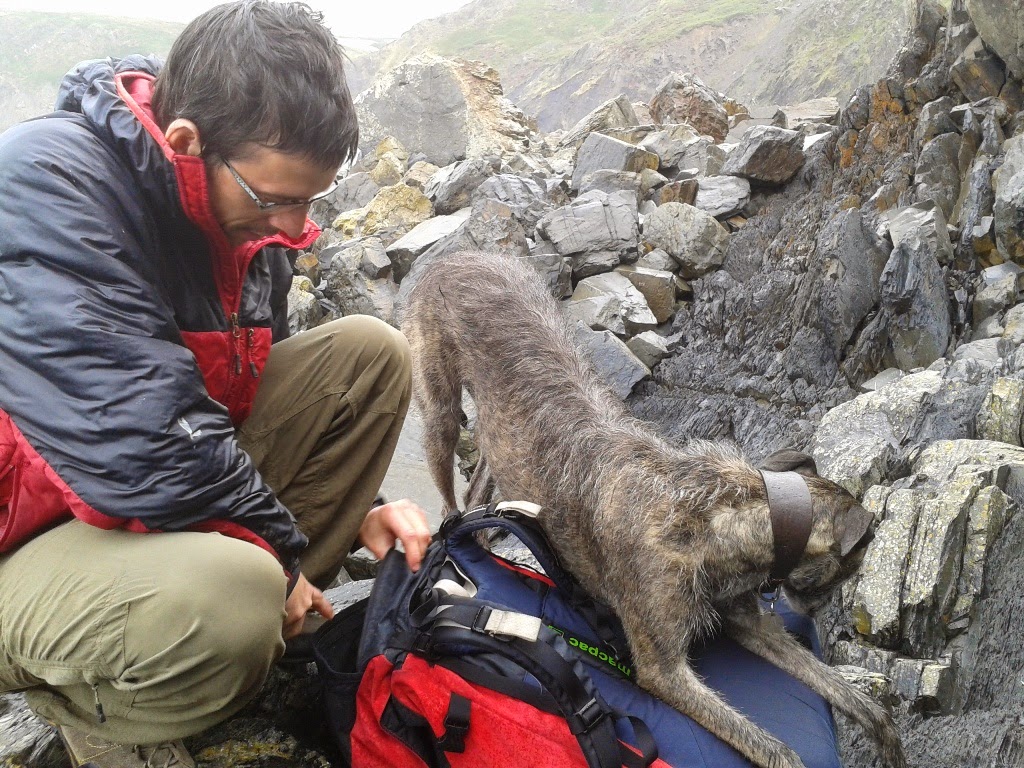 Wolf and Cinder: The only one of us with any mileage this year, and his owner.

So as Send-Tember is almost upon us, it appears I'd better get my finger out
(or just seek some more pleasure)
Enjoy!