Open Project of the Month - October

Well October is here and so is the weather. The ridiculously dry September spoiled us rather and, I got loads done, eschewing bouldering for the spicy adventure of Twll Mawr. Well October has brought, not only more Autumnly / Wintery weather, but a return a more normal work pattern (I've got some hours to make up) and to bouldering. This means more safety, and a chance to follow up on some leads from the Summer.
Last Open project I mentioned exploring Penrhyn Glas quarry, Well I made it in the last of the sunny weather, and found a little gem tucked away in its depths: 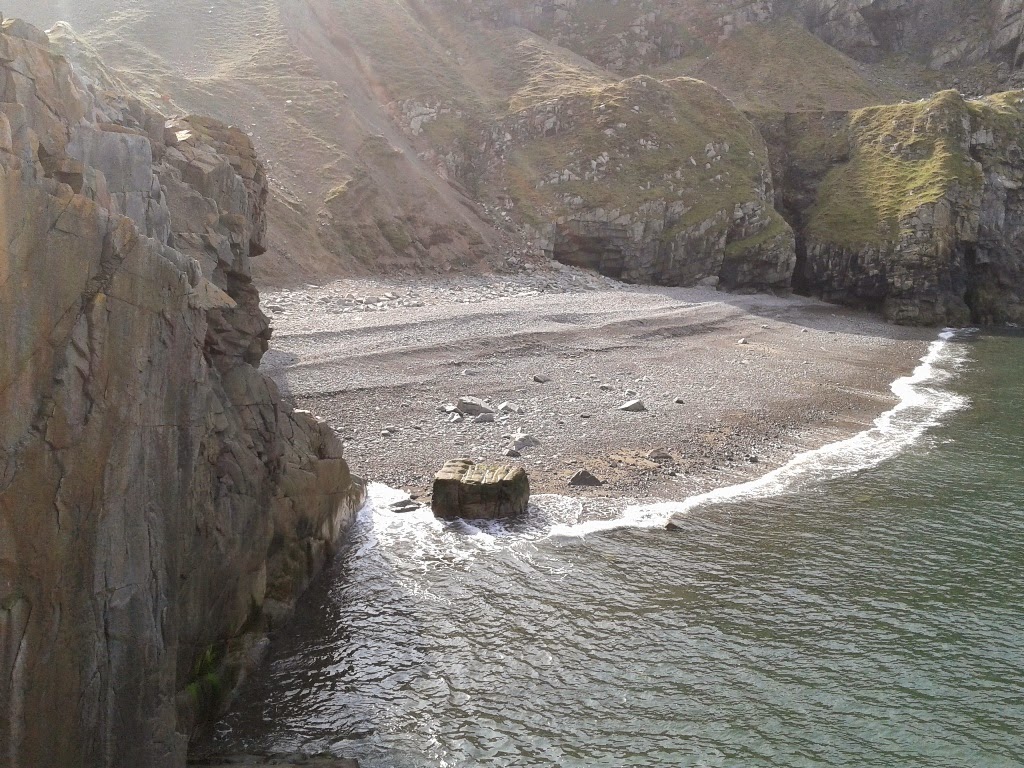 Obviously I was drawn to the big cave at the back, after a bit of a death scramble down the scree at the back, I got to explore the cave itself: 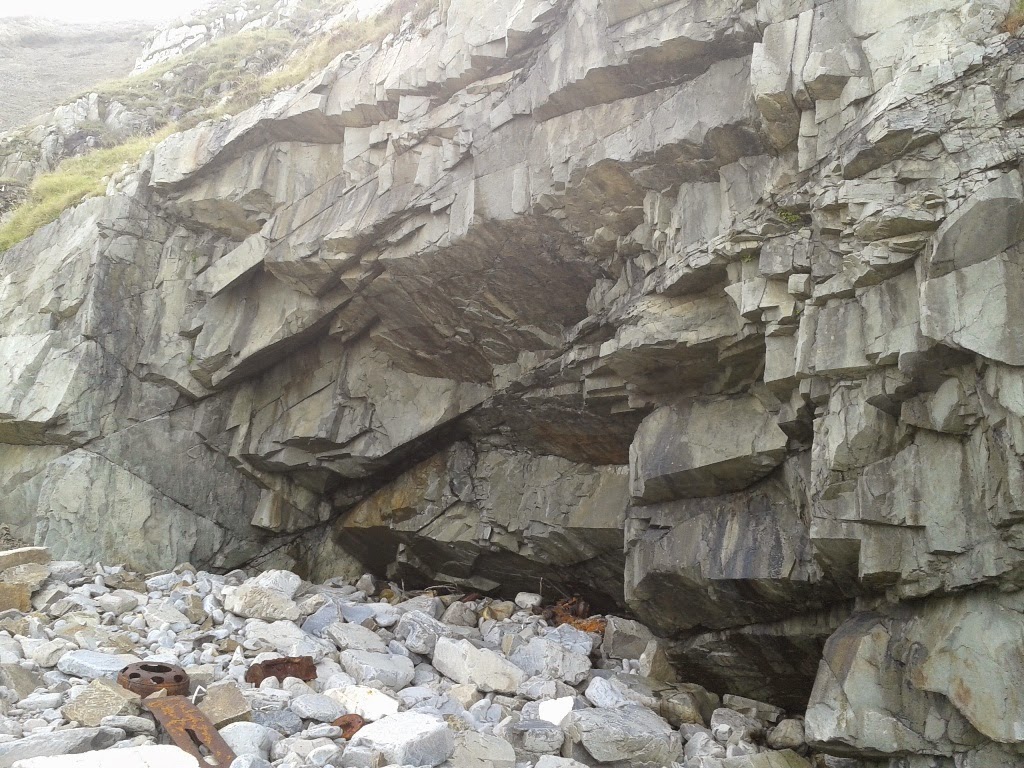 This was at the end of the drought and you can see its still seeping in a lot of places, its also massive, (those are truck wheel hubs in the wreckage) and will need a nominated finish rather than top outs I feel.

However, on the other side of the beach: 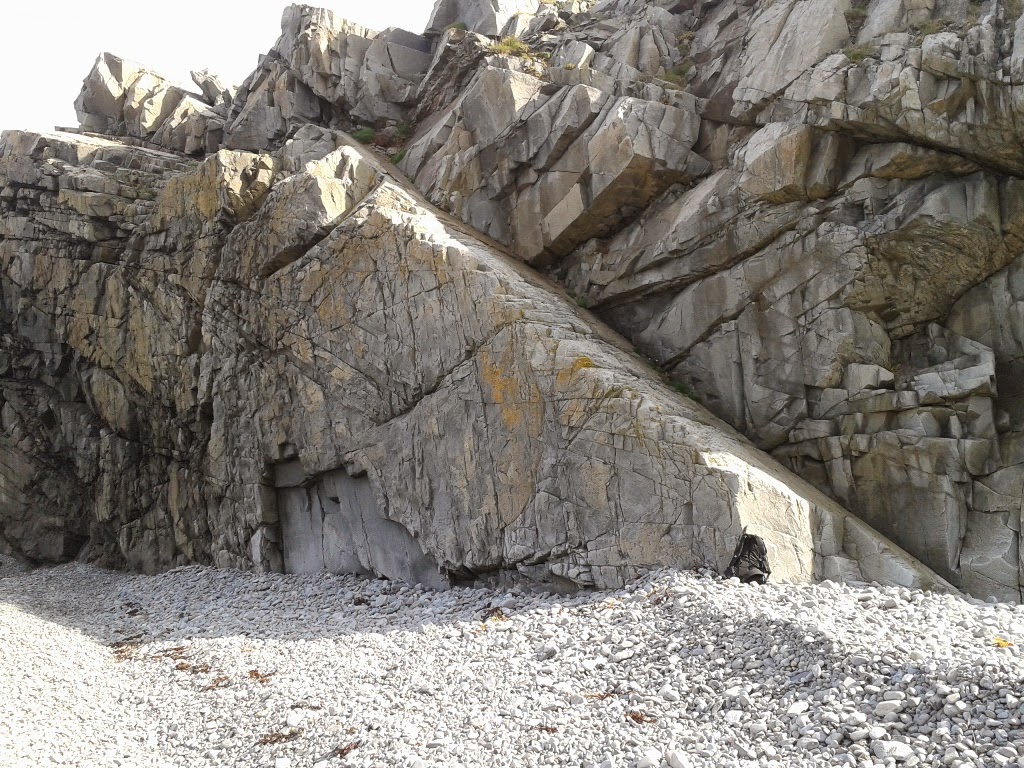 The Wall of Something Dead. (There was a bad smell under the pebbles that day)

The ramp also provided a safe way in and out of the beach. I didn't have pads with me that day, so the only thing I got done was The Rail, this is the obvious break that comes out the alcove on the left and cuts into the ramp at sort of half height. The climbing was suprising in that I couldn't always predict if the holds would be incut or slopey, the directional nature of the holds also forced good (better maybe..) footwork. I was keen to return. This time via the Craig y Llam approach, as walking to and from Nant Gwtheyrn was a ball ache. 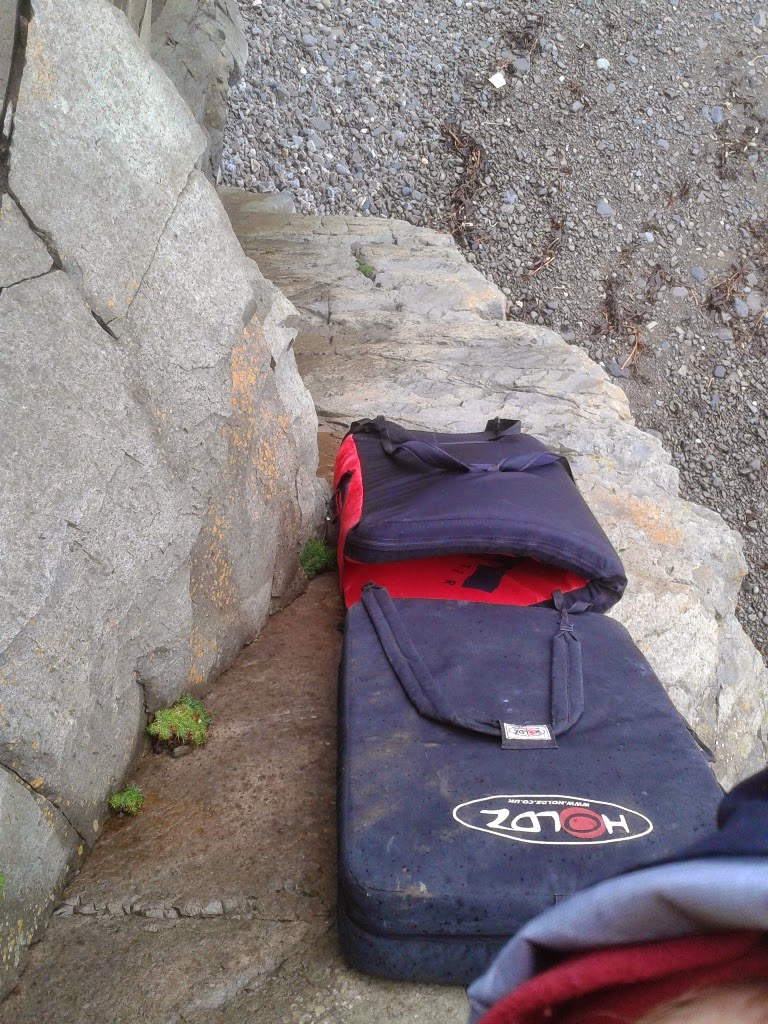 So, as I said October meant more changeable weather, and work meant less days to choose from. Yesterday came around and off I went on my lonesome (not everyone has my optimism) and made the long winding trudge to Porth Howel. The ramp was seeping and I chose to slide the pads and bumslide down... 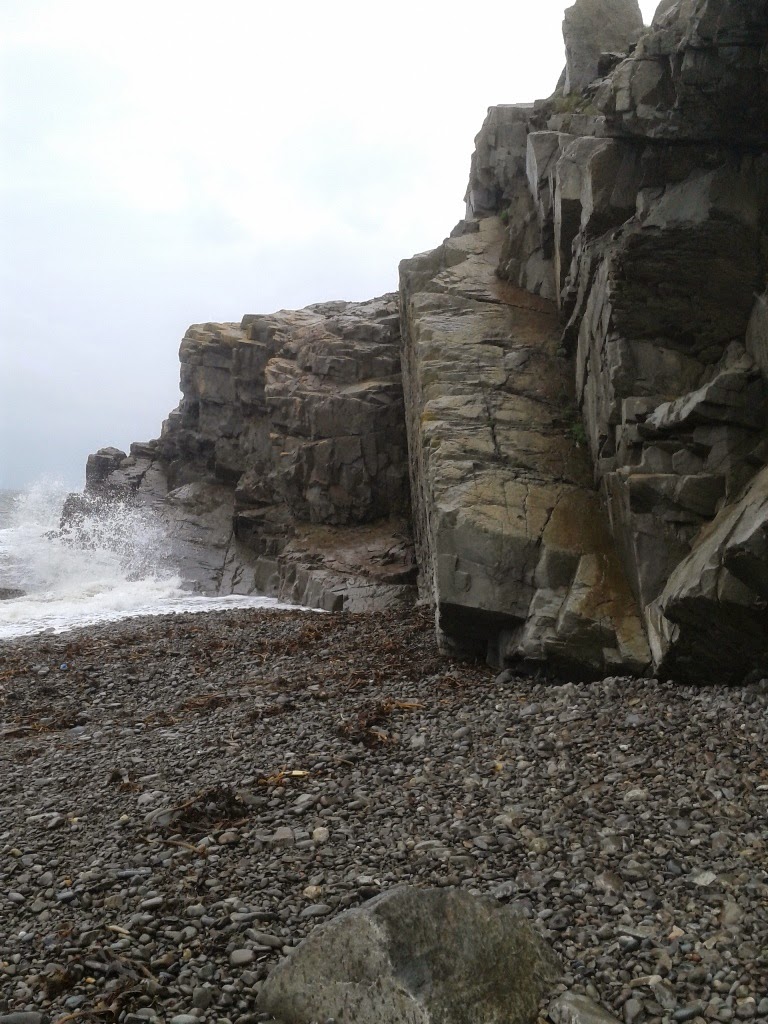 Then the drizzle started. As you can see the pebbles have dropped and leveled off a bit. You can also see how much the Wall of Something Dead overhangs. similar to roadside face I reckon.

Optimism prevailed ( I'd bought a book), and I settled down under this handy overhang.. 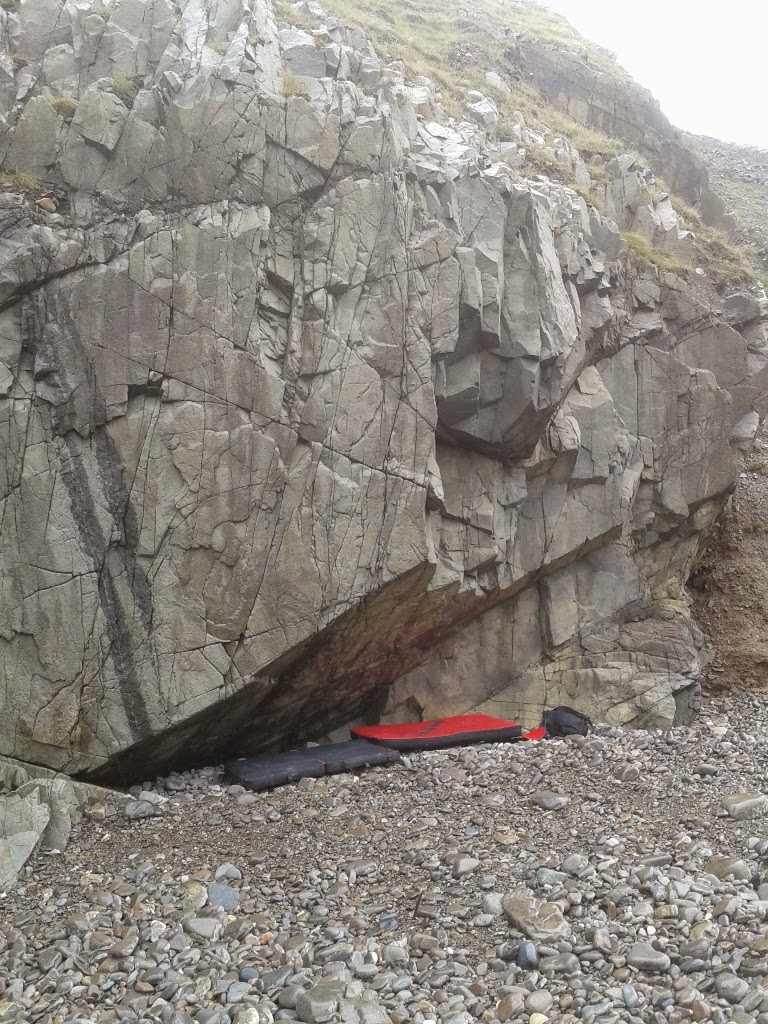 A couple of hours later the drizzle was sort of abating, and I thought I'd try to make something of the day... Then it started again, so I went for a walk 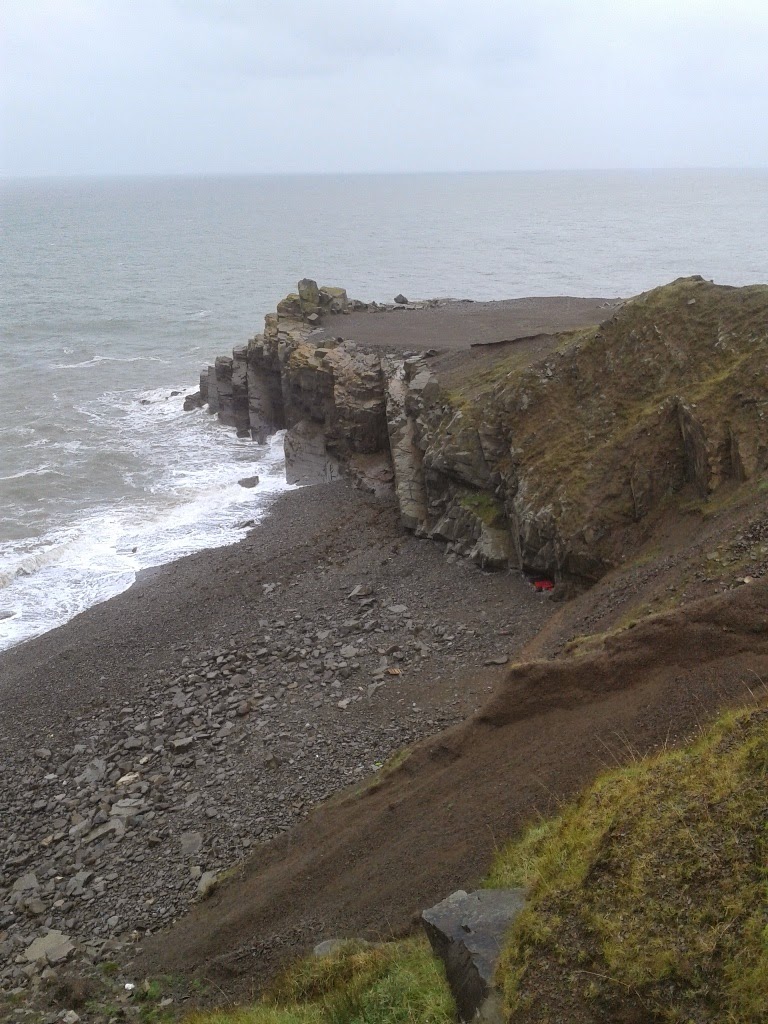 Above the beach, give a bit of scale and better explains the ramp approach. 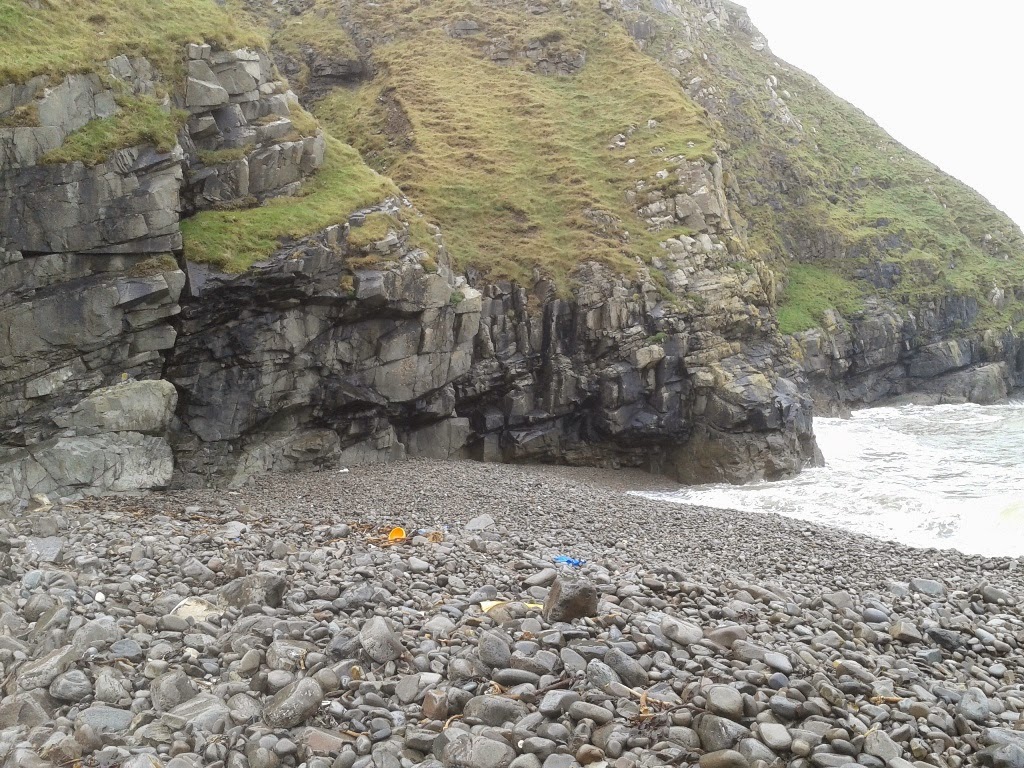 The other side of the bay has some potential, but the turf means it takes a bit longer to dry, especially in the drizzle....

Eventually, I decided to pull up my trousers and get on with it. Didn't Joe Brown climb in the rain? The wall overhung, and as the ramp projects out it seemed to deter a lot of seepage. Starting on the easiest lines with the biggest sopping holds, I clambered around. Then the rain stopped, and the wind picked up. Yippee! 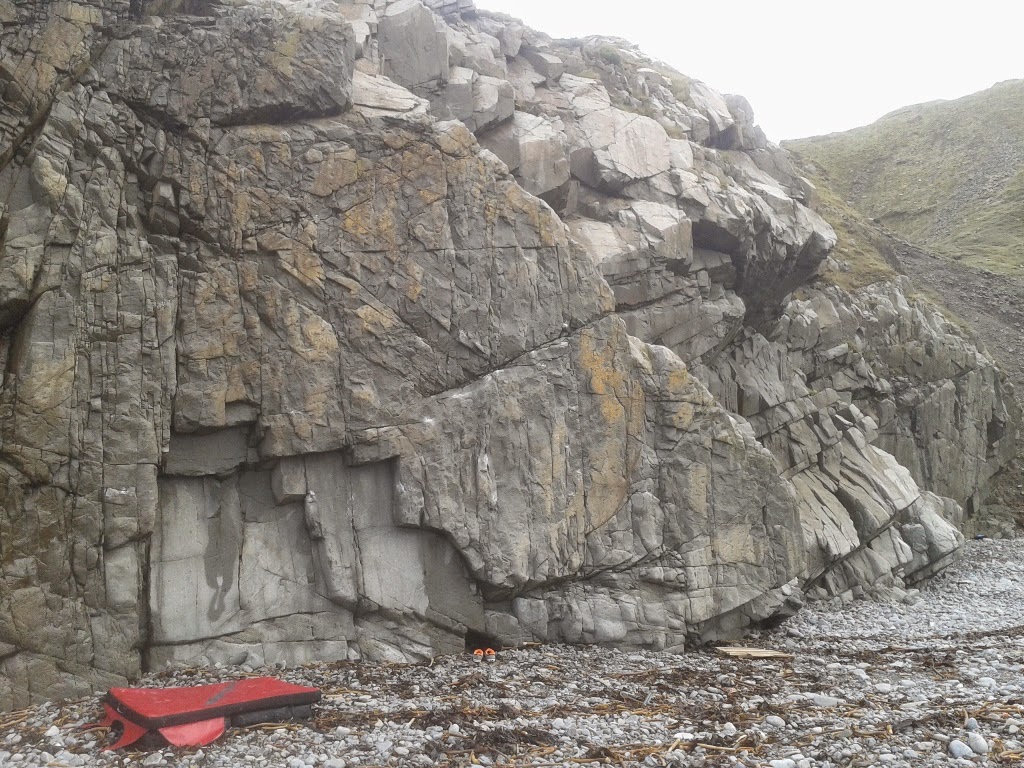 The wall is quick drying and high, It does have some drainage on the left, but within an hour of the rain stopping it was pretty mint.


Here is what I got done: 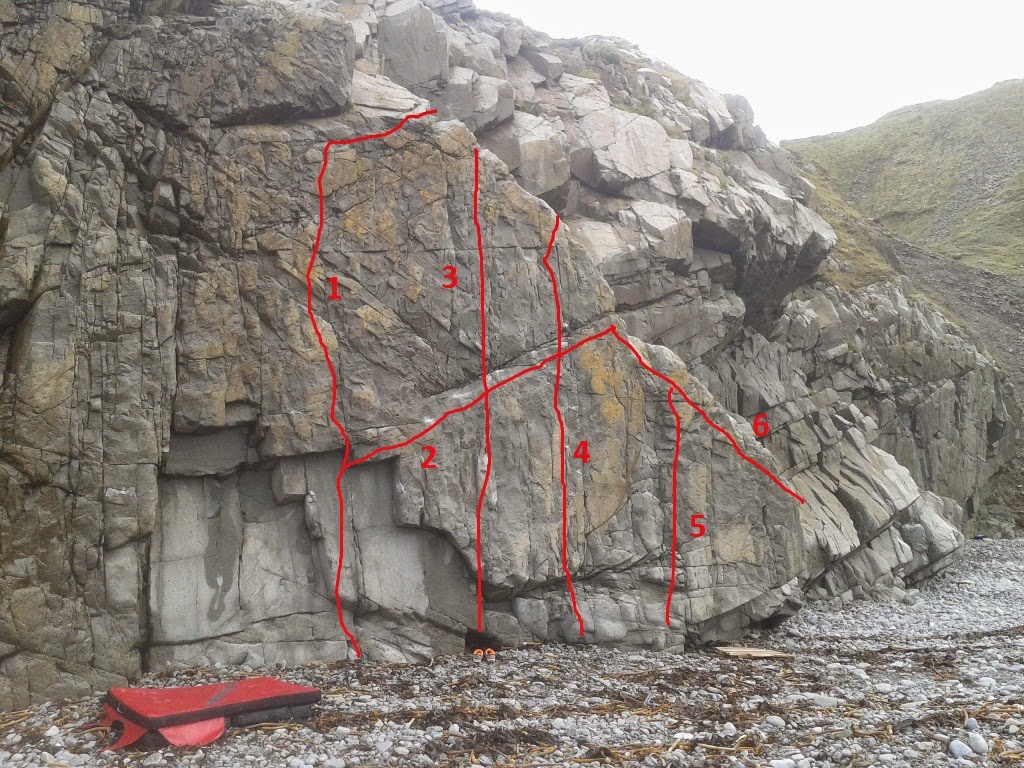 6. The Ramp. F5+ Starts off jugs on the front of the ramp, swings round to lip traverse up to The Rail exit.
5. Up the Junction. F5 The obvious jug fest up to The Rail exit.
4. Rockaway Beach. F6B! A crimp line up to the rail, taking the brick with your right hand. A long reach to a crimp then a flick will gain the top.
3. The Wall of Something Dead. F6A+! Starts of opposing sidepulls (left on right margin of alcove) to blast up the seem to pull out at the "peak".
2. The Rail. F6A Starts of opposing sidepulls (left on the overlap in middle of alcove) to pop for the start of the break, follow this on improving holds to pull onto the ramp.
1. Blitzkreig Bop.  F6B+! Starts off opposing side pulls as for The Rail and after the pop, swerves left to follow the seam (big move to hidden jug) to the sloping rail. scamper right into The wall of Something Dead.

Here's a video of the FA of The Wall of Something Dead:


The wall is far from worked out as the pillar on the left of the alcove was too wet to go all the way (Nice moves up to the wetness BTW), and the below rail traverse looks mint! (more tidal stuff to the left)

To the Right of this was The Flail Rail F6B+, here's the FA video:

The shelter dried last, I tried the left hand standing line first, easy enough and I proceeded to top out. Don't do this, especially if its just been raining. Nominate a finishing jug (there's an obvious one), unless you really like XS death. The right hand line was also really fun (cool kneebar), and I finished this time at an obvious finisher Jug: 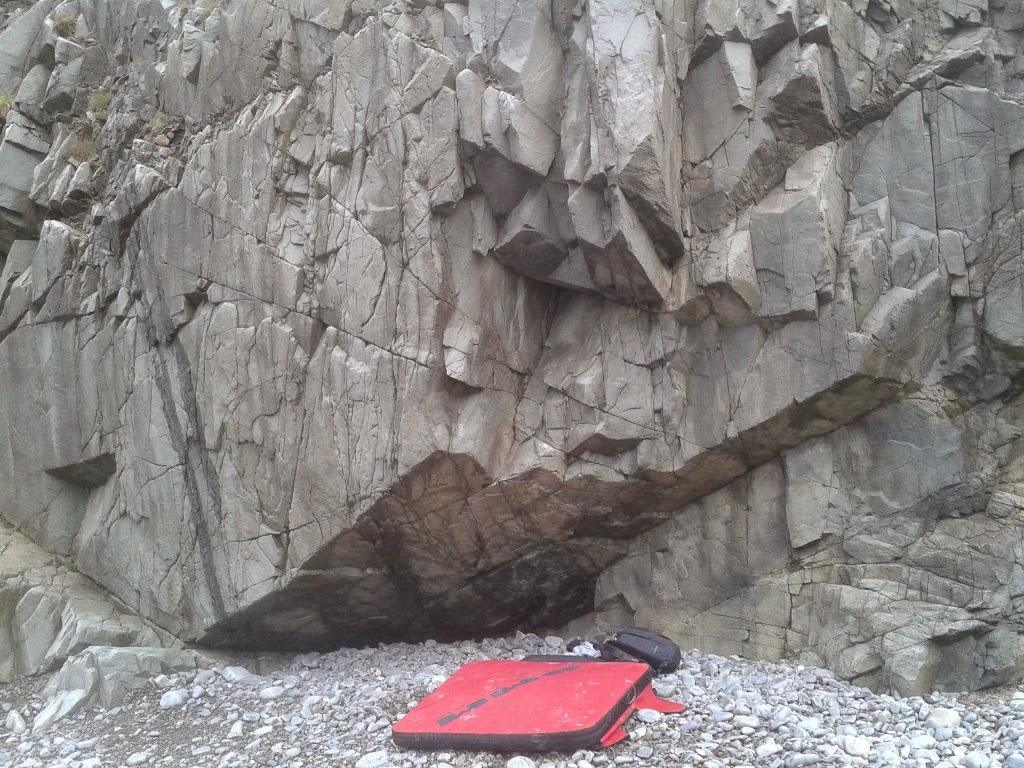 The obvious challenge is to do these line from sitters, Although the Left Hand line will need to wait until this young ladies brood have flown the nest: 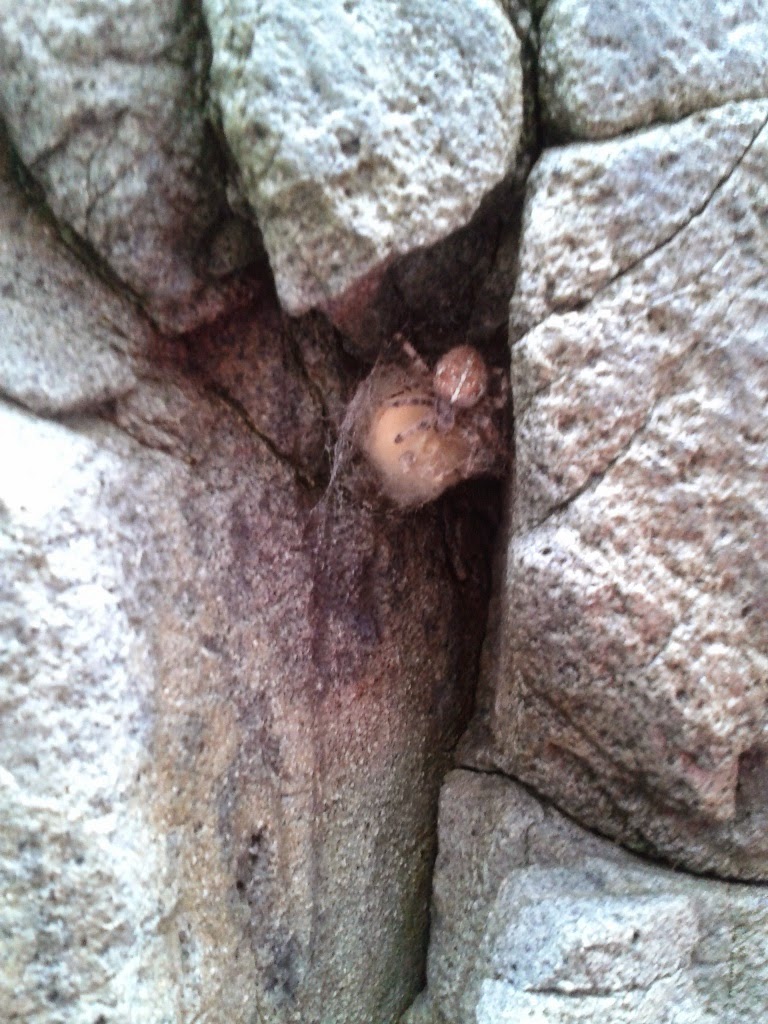 The open project refers to anything unclimbed here. Please visit, as its ace. Park as for Craig y Llam (Fantan B) and follow the path all the way down to the top of the ramp scramble. I didn't bother to note how long it took to get there, as with these sea level spots its the getting back up to the car that bothers people. From the top of the ramp to the car took 25 mins, I am rubbish at trudging, but I was being earwormed by The Ramones. (Hey Ho, Lets Go) 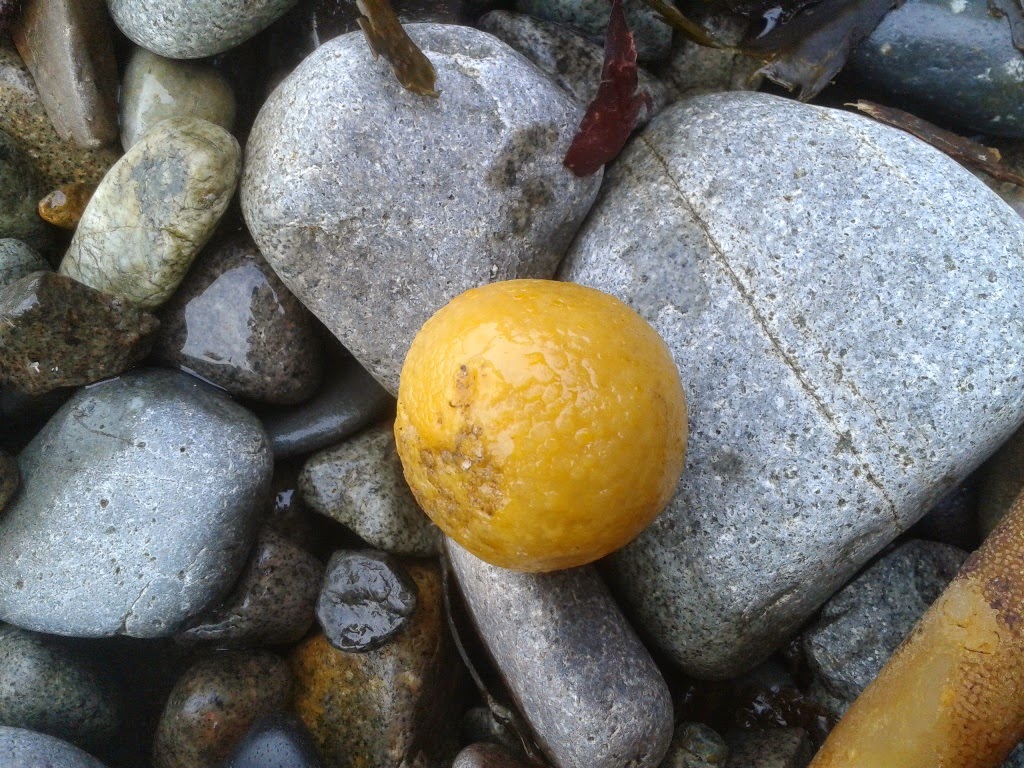 Weirdest bit of detritus on the Strand line.....

Its great to have completed something of the open projects this year, even if its only the initial prep. 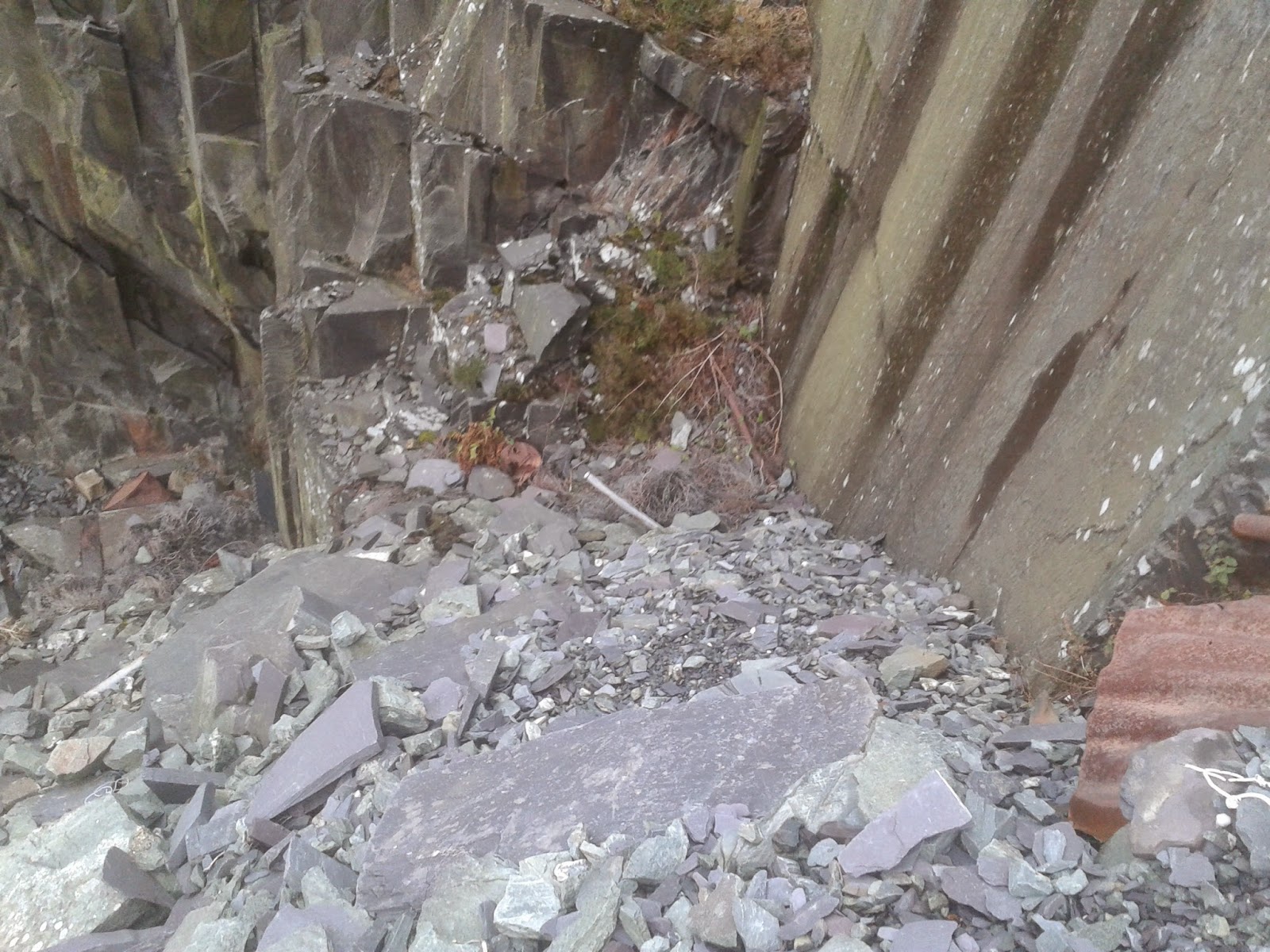 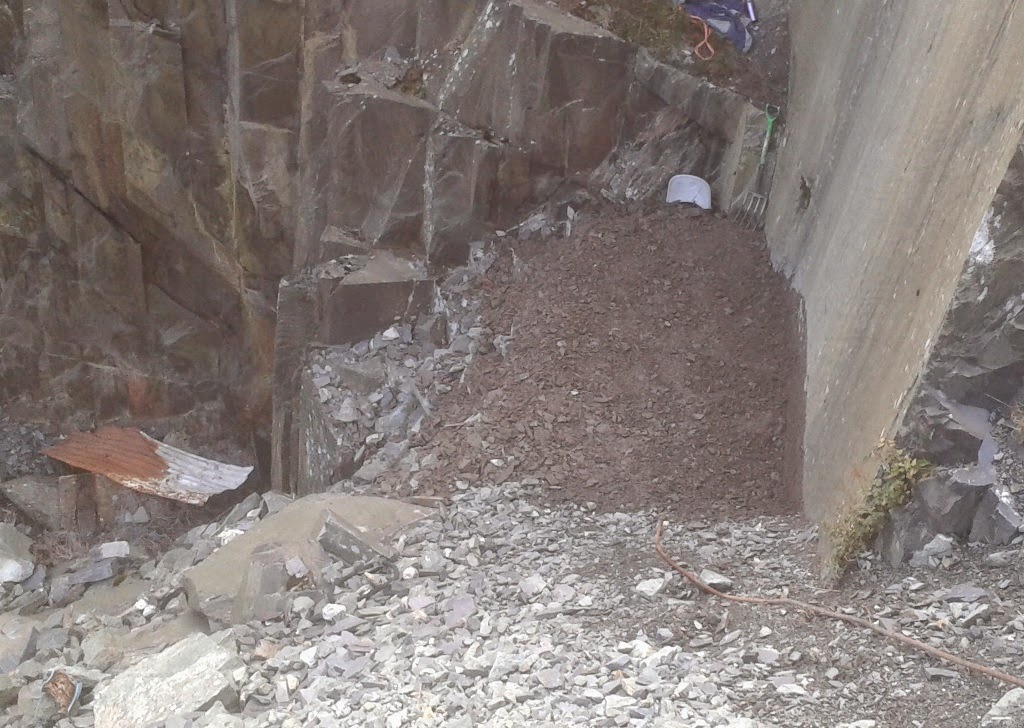 six and a bit foot wide, smooth and ready to accept many, many pads 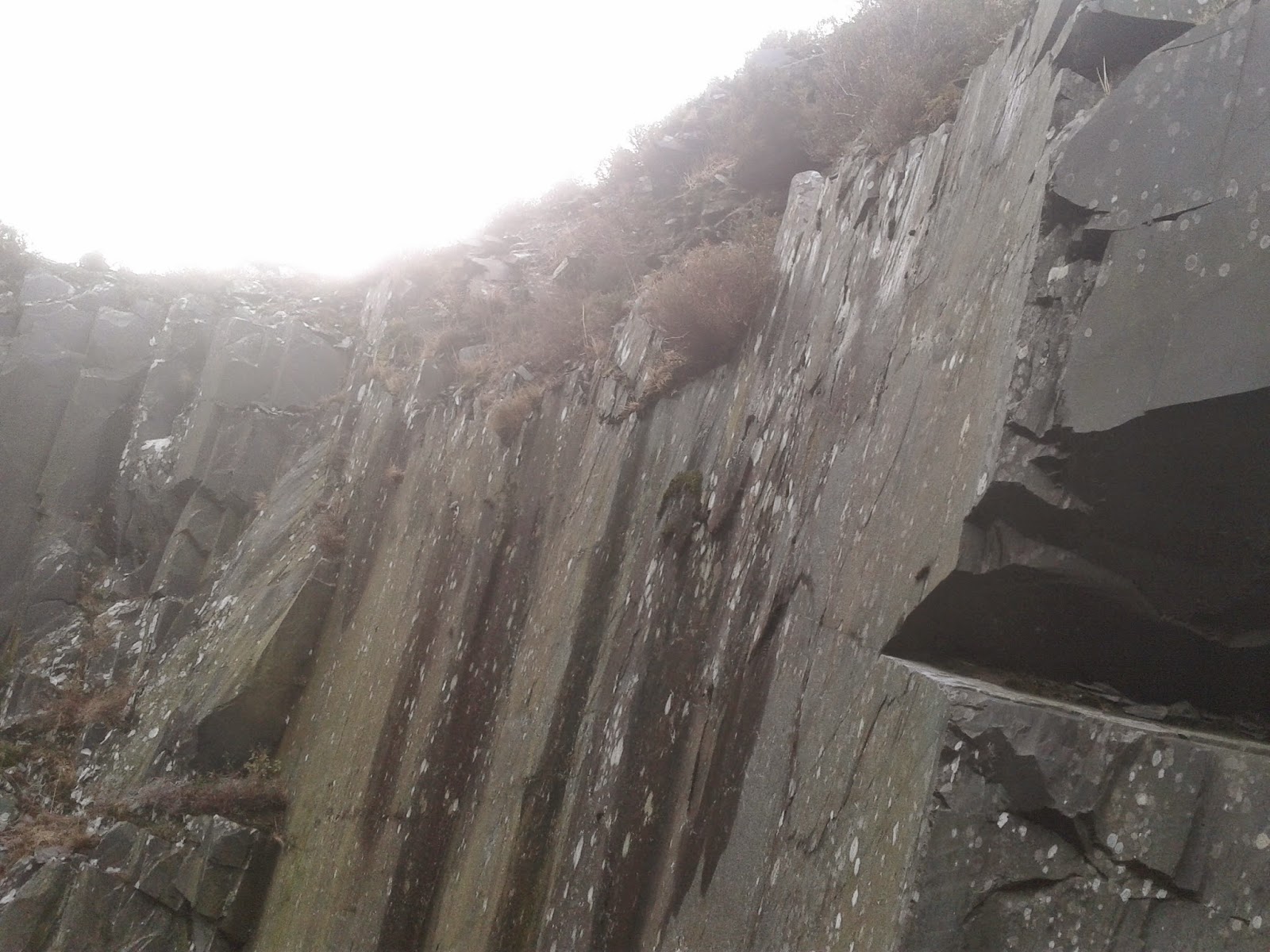 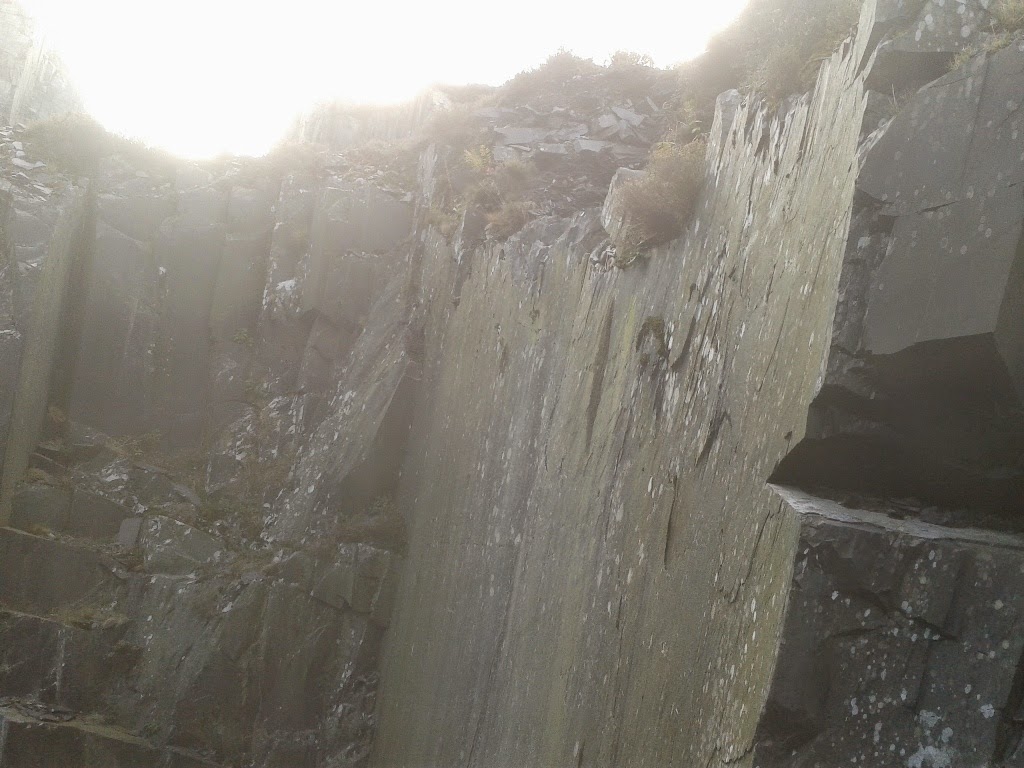 Subtle I know, but a jug rail and flop ledge, with a solid trench to compose yourself and climb the stairs to safety. It also seems to have reduced a lot of the seepage. 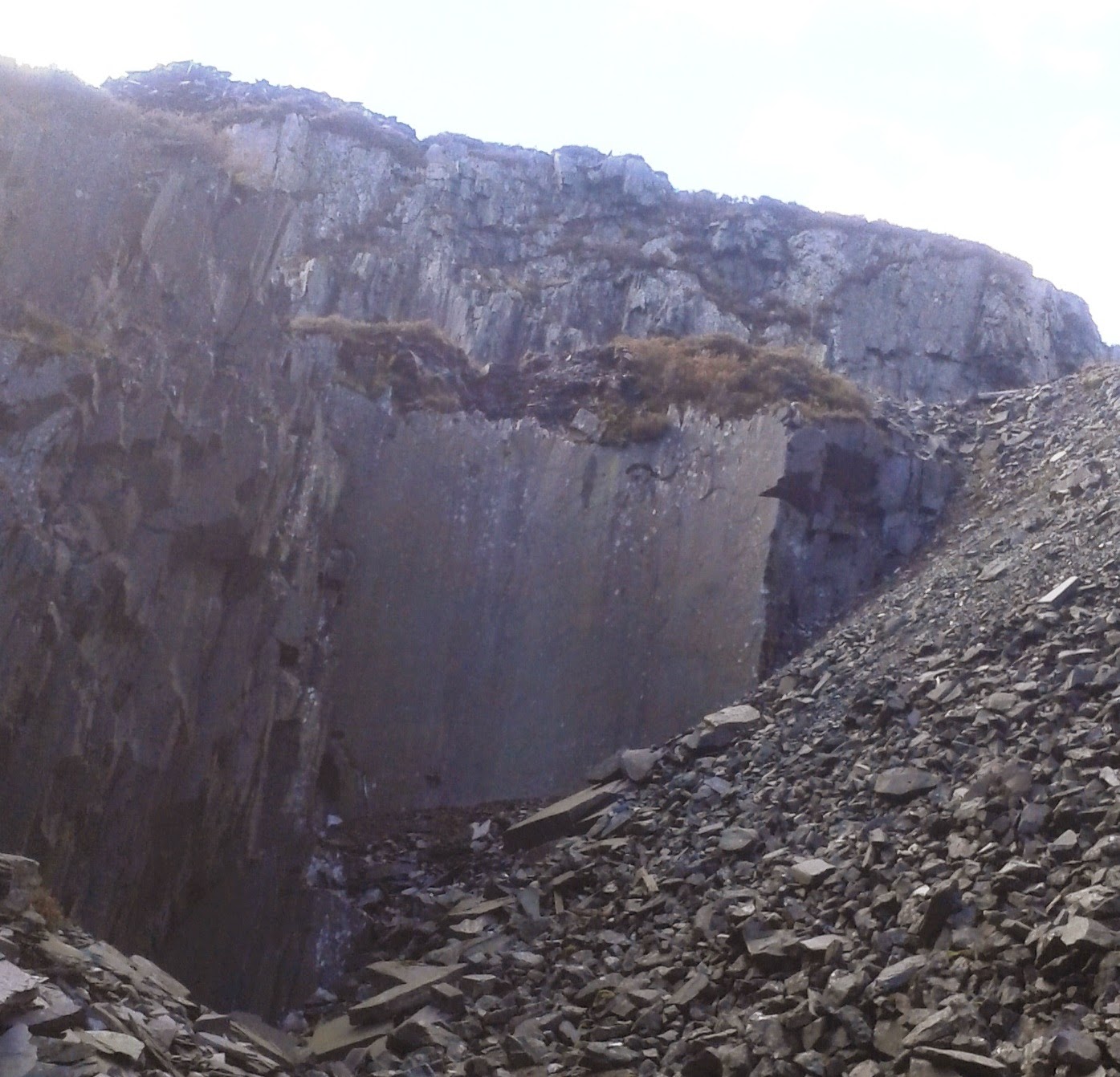 I'm happy that I got to do all of this without collaboration as there is a great sense of achievement (I know the landing is a bit on the piss, but its not as bad as this pic makes out) However, I am going to need some help to develop this puppy, it is an open project after all.. and I only have stewardship of two mats.

As this open project venture has played out I realise two things:
One- I'm going to need at least another year to make headway into them.
Two- By making them open and taking the pressure off myself to complete these challenges, I've actually aimed higher and dug deeper than if I'd just been looking for my own selfish conquest.

Next year, I'll be taking a rest from giveaway's and new open projects, and instead be giving reports on how these twelve are going.

With that and my personal ultra secret projects and schemes we should certainly have enough blog fodder.

...Yes I know there are three projects still to launch, two are locked down, the third may be mythical.

Back in the Hole

Ok. This is getting a bit like old days now, the fervour and passion, pouring over old pics for potential lines. I abbed back into Twll Mawr this week, to clean and suss out another line attempted by the Twll Mawr Pioneer; Joe Brown. Guess what I found? 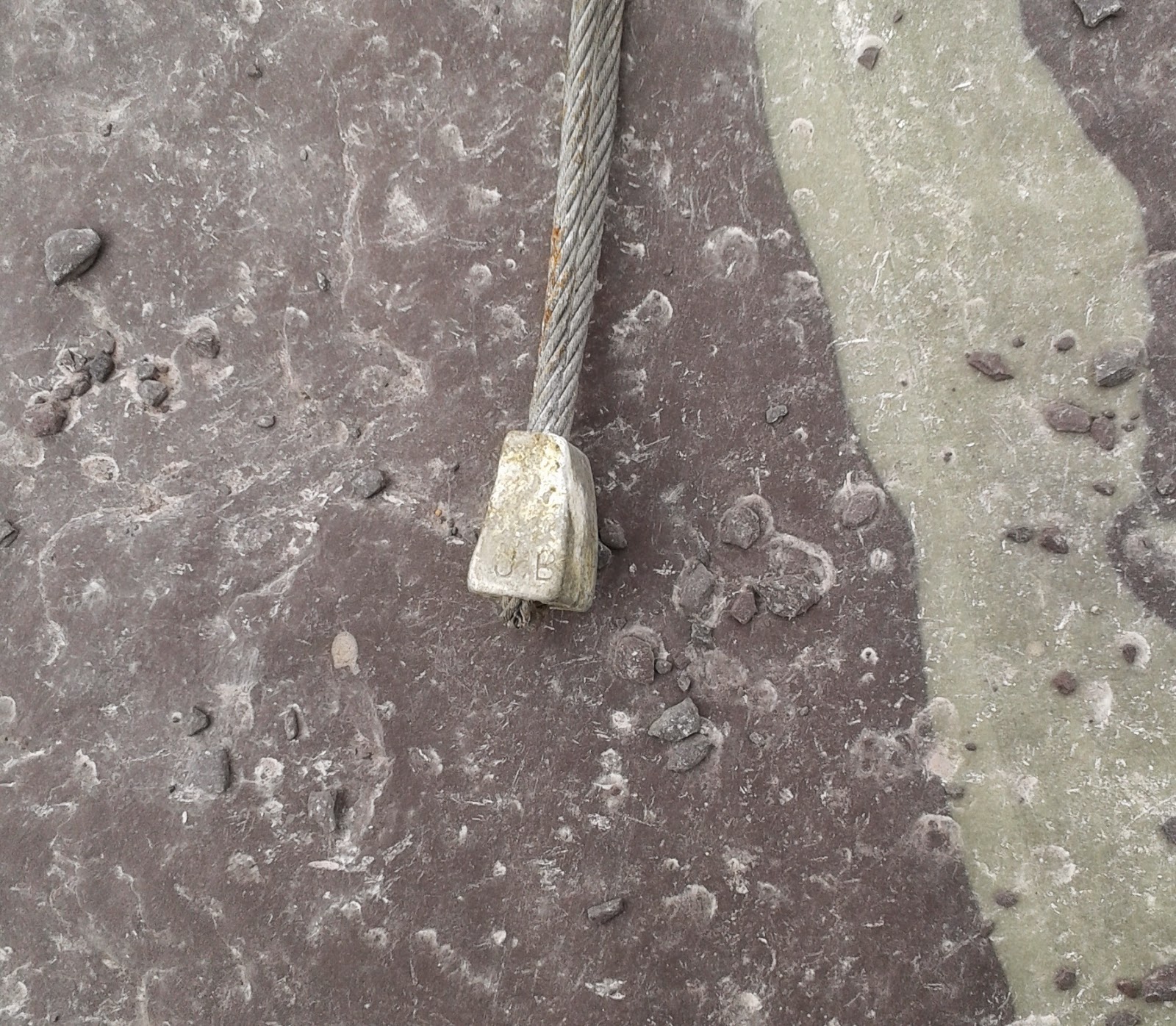 Turns out the owner of the nut also took photos of my First ascent of Taith Mawr.. 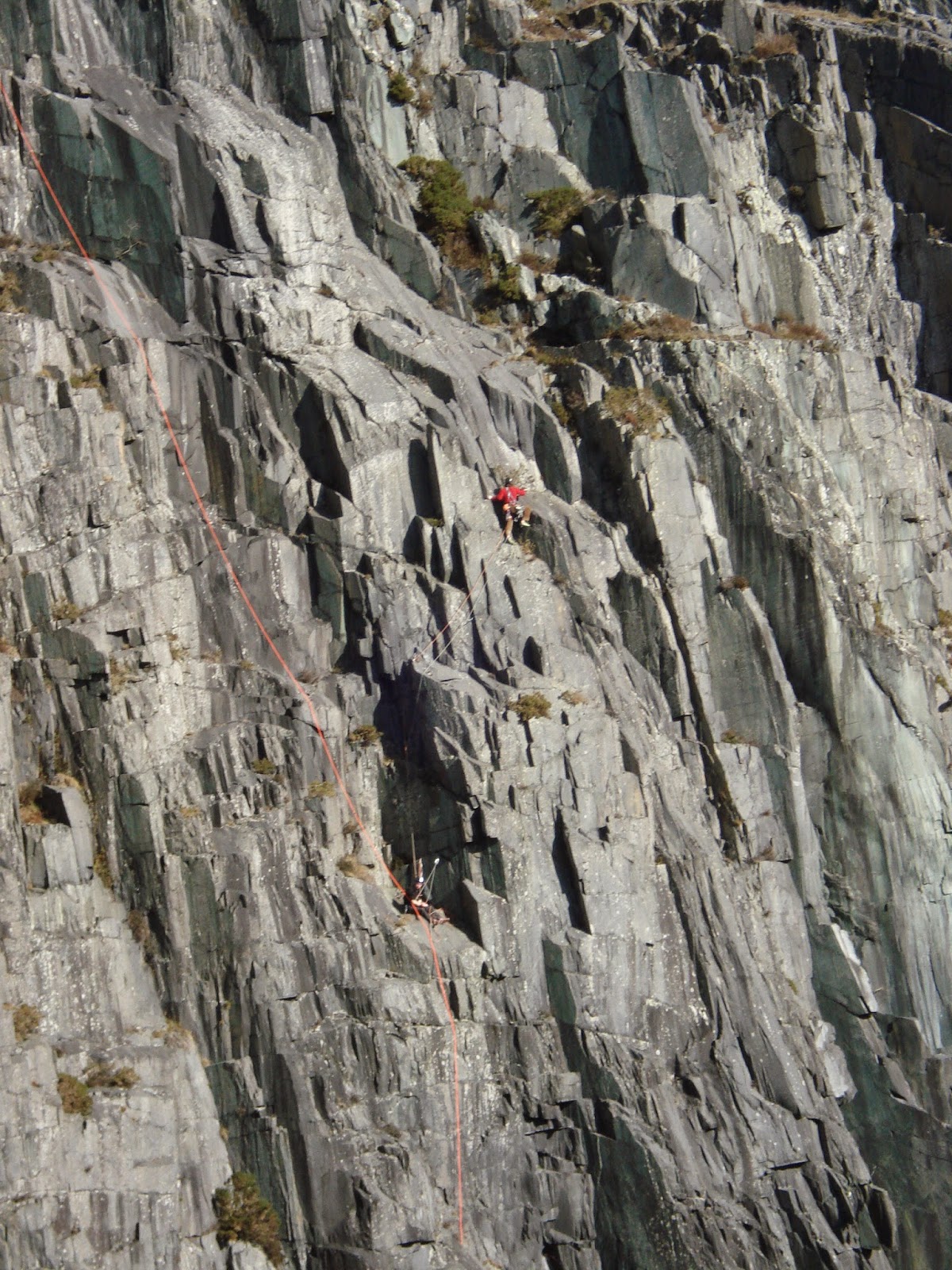 I was my honour today to drop in on Joe Brown to talk Twll Mawr, and the recent developments that have been going on. Turns out the line I'm working on isn't the last of the lines he had his eye on, so I've a couple more for the bank. Oh and there's a box of gelignite on the ledges near Black Hole Sun.

Whilst wandering the back wall I took a pic of the upper pitch of Twll Love; it follows the left arete of this groove into the fins then scampers into Smaug with its tail between its legs. 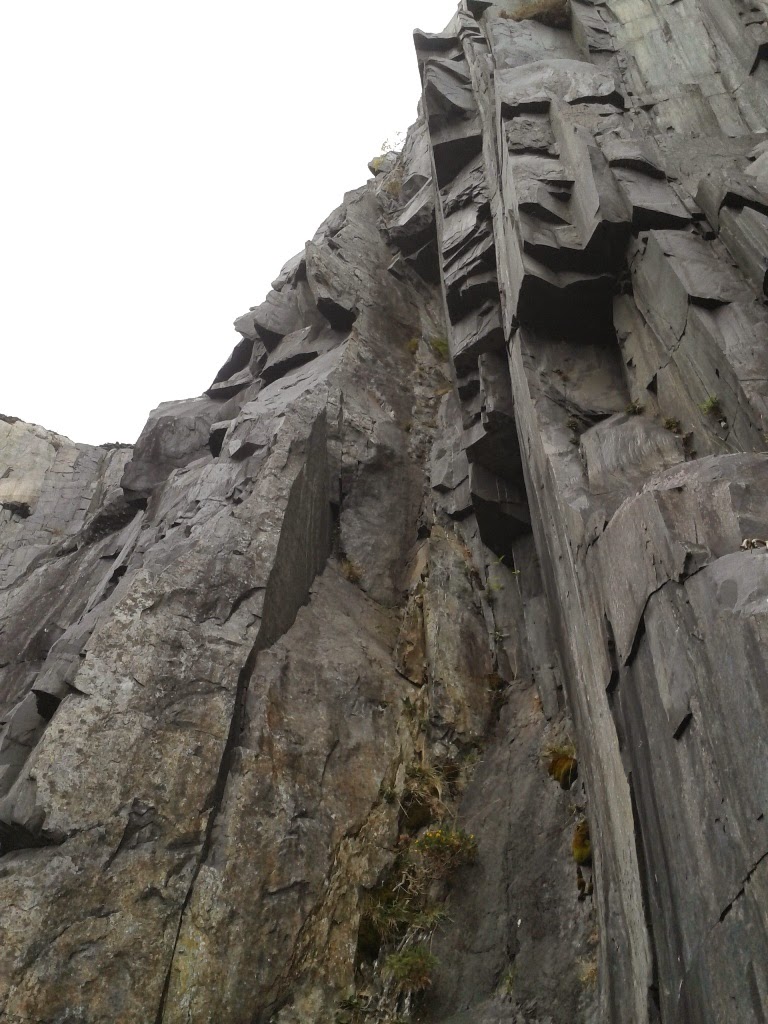 The central groove was a bit too duff in its slate quality to attract me, and the right arete spooked me a little, as I remember it being really bald near the top when on Taith Mawr. However, looking at the FA shot, I think a way could be made that would get you to the top independent of Smaug. Thats ground up adventure climbing for you, and I'm not quite obsessed enough yet to do the Hindsight Variation finish.... 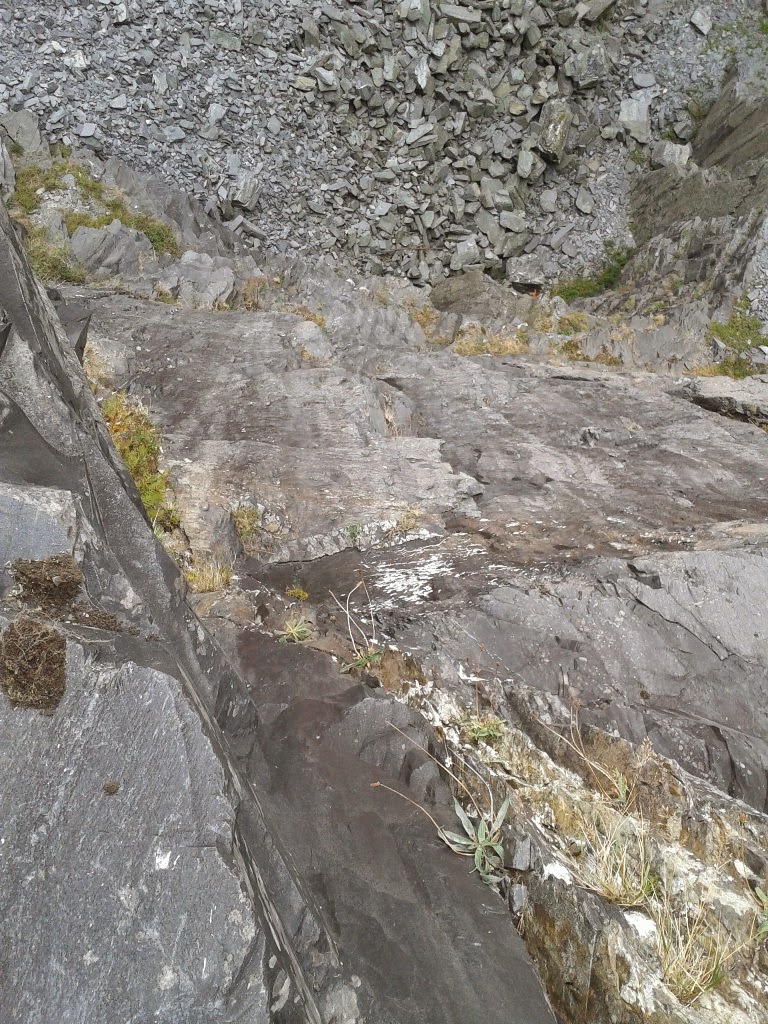 Looking down the corner pitch of Twll Love.

I'd grown weary of slate climbing of late, but Twll Mawr is bigger than all that, transending the 'rockover left, rockover right above certain death' (or more recently - bolt) of most quarry conquests.