So after my boxing day post the weather has sadly refused to play ball. However, this has given me more time to cogitate on the future pathways my adventures will take me.
As an example, and despite the weather, it took me into the lost bogs of Nant Gwynant.
I was looking for an alternative approach to the wilds of Moel Meirch (previous blog) and saw a footpath on the OS map. Once again, Geograph's OS pop up came up trumps with detailed close up maps, and I scribbled on a screen shot to get me in the right direction.. 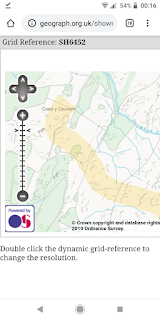 It turned drizzly as I set off and the navigation through bogs and dead rhododendron was engrossing. 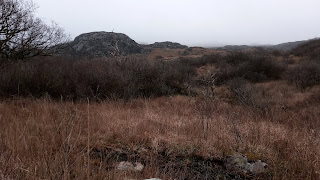 The mist then descended. However there was still the odd titbit to entice me on 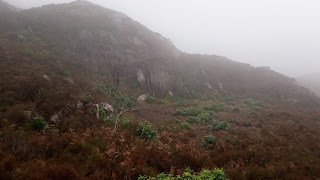 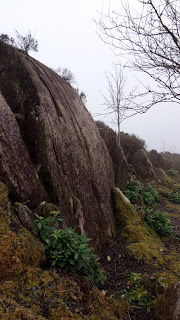 So I eventually made it up to the ridgeline (the brighter of you out there would have already concluded this wasn't to be the quicker route in..) 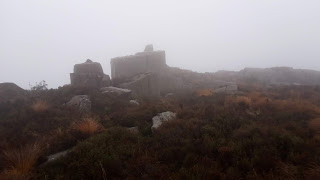 The blocks I previously saw were, as to be expected, Tiddly.

However, as visibility dropped I discovered that Googlemaps had updated to allow a local offline map, and Location is pretty good for navigation.. 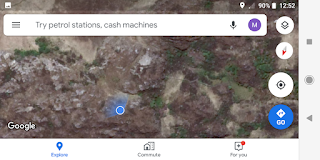 On the way down some more scoping occured 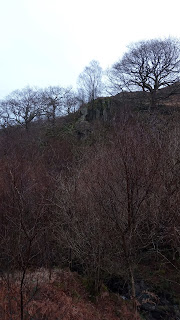 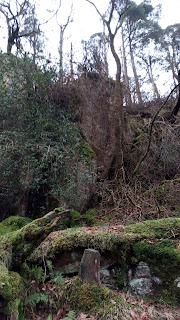 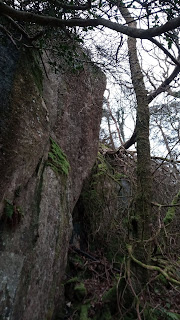 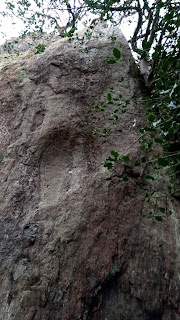 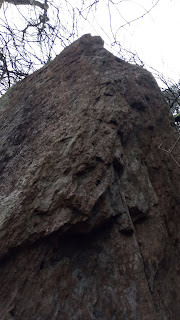 Although very high the rock is sadly flakey..

The next lightbulb moment was a convoluted chain of events that led me back to Sheep pen after a hiatus of a decade or more. Meaning to link up with Wolf, I ended up climbing at main block with a whole bunch of nice people, with lots and lots of mats.
It was refreshing and exhausting, and something I'd like to try again. 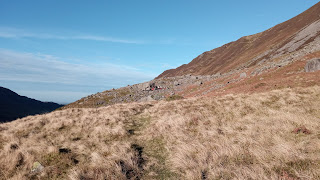 A large part of my life in North Wales has been given to the documentation of those obscure rugosities that were sadly out of favour, The Slate quarries were a start, and were followed with collaboration in a guide. The blog has been a big part of this, as was the Bouldering Guide.
Well the old one is almost out of print, and as the old machine clunks back into life, I've realised vast areas I've dabbled in have remained so. Areas on pause because no one knows about them, apart from the few of you that read this. This has got me a little psyched..
Quite a lot really.
Therefore last Saturday I took a wet walk in Cwm Ffynnon, reminiscing and getting things put in order. 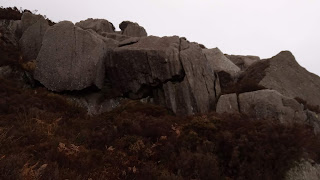 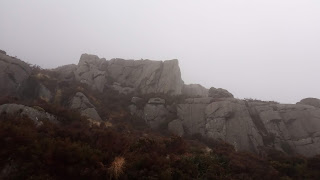 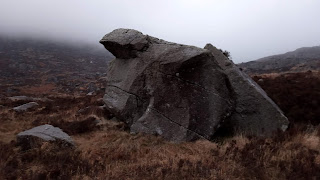 A lump climbed by someone else!?!

What has changed is that I've got a little more tech savvy. Remember Google maps and their offline map? well now I have a shareable record of where all the little conquests and projects are, complete with notes 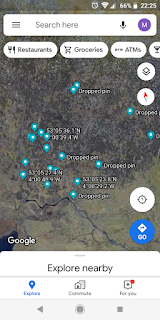 Not only that, I've got way marker points logged, so you needn't go through all that "oops I'm lost waist deep in a bog" inconvenience. My hope is that I'll get the area oven ready, and that I'll do some of that social bouldering so that I can get some action shots..

Basically it looks like I've got the next bit mapped out.
Enjoy the adventure.
There's treasure everywhere!