Back in the blood

Training is going slow and frequently derailed, not quite enough obsession kicking round to drive me on. Sometimes its too much fun just being Dad, and bouldering requires me to actually be good, at least for the things on my radar.

Luckily I may have stumbled on a solution, with mizzle and other complications I've been stuck for mini adventure Ideas, for when I only have a short window of quixote time. I've therefore set myself a challenge to compile notes for all the changes and additions that have birthed since the Slate guide got published.

This, started as an act of whimsy, has now reached 20 pages and has resulted in some fine stomps. A bizarre side effect has been that I'm actually getting some psyche back for playing in the quarries. After all things Twll Mawr, I kind of felt I'd drawn that chapter to a close, but the jaunts have reinfected me somewhat. Some examples: 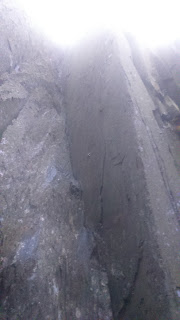 Harlod Walmsey's Routes high up in Heavens Cutting. These will be a good adventure for the low grade sport aficionado, providing they don't shed too many holds. However on the opposite side of the cutting are a load of clean highball aretes and slabs with flat landings. Food for thought 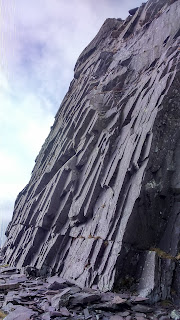 Who bolted this buttress, curious and curiouser 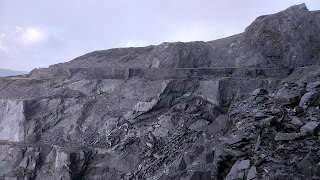 The buttress in question is  in the centre of the pic, above the sadly collapse Alice Springs, a route put up by my dearly departed mate Dave. If I ever bolted again, I'd like to follow that hanging slab left over the void. 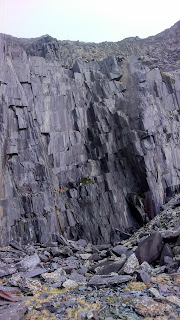 Some more of Harold's work. Some really strong looking lines in the middle of Upper Dinorwic in an area he's named Ayer's Rock. The right hand line Kata Tjuta Rib follows an old Giveaway Project of the Month. 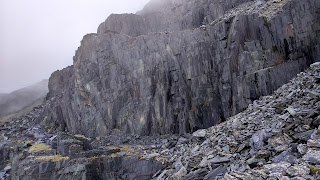 The left hand wall of the bay looked familiar. Turns out I soloed through here 15 years ago, what became If you Kill People They Die. Nice to see its still standing. 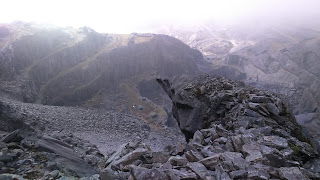 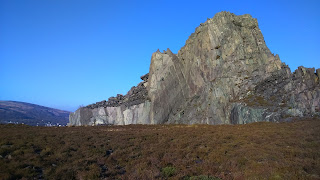 Another new development is the Plateau slab. Ian Lloyd Jones secured access to this  area, which was previously banned under the Access agreement negotiated in the late 80's. 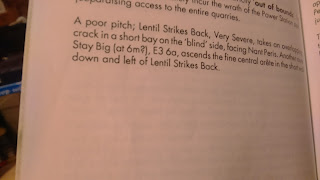 2 routes in this area previously left out of the guide were mentioned in the old black book, I was intrigued by Stay Big.. 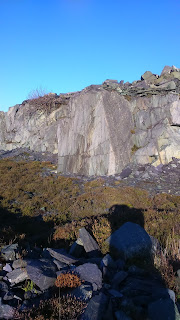 And here it is! This whole section looks ripe for some highballing, but the one pad I'd bought with me wasn't enough to persuade me to engage quite yet. 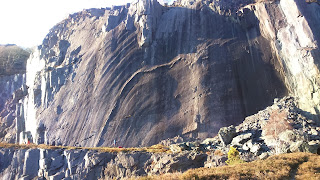 And so on to the main event! I had been invited to come and play for the morning, by my work mate Alex. What me? going to climb popular classics? I had great fun, leading Pull My Daisy (which I'd last led 20 years previously) and cleanly seconding Splitstream. I was particularly pleased with this as I feel pretty much fresh from the couch, and it also marks my first Redhead route!

So Slates back in the blood. Lets see what adventure awaits!

Happy new year and all that. December was a month of Family, work, and thinking about what I want to do next. My ambitions are moving towards closing a number of harder projects, I realise I'm becoming more and more of a boulderer. However, I realise a) I'm getting older and more niggily, and b) my mind remembers being a lot stronger than I am now.

The last concerted effort towards training was for The Beast in Me. That was two years ago. I guess this was because of time pressures, and a series of old man aches, and the fact I don't really like training. A new approach is required.

Its not really training, that's my new approach. Its a series of challenges spaced in time by 2-3 days. Every couple of days I do some circuits, visit a boulder, or go for a stomp. A mix of conditioning and pushing myself in useful ways.
for example: 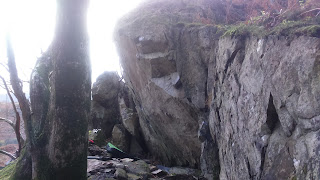 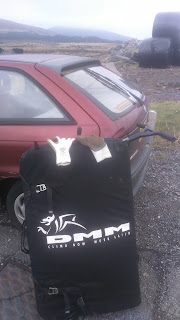 For more variety, and a good cardio work out, I'd take this rig up to 600m for a different set of things to fall off. 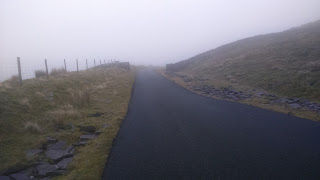 First attempt at this was met with mizzle and cloud. Made it up to the dam in 39 minutes and then limped down on the scooter, trying not to wipe out in the wet. a shocking 28 minutes. let down by this lack of action I decided for a second cardio hit and went off to the quarries to check out whats changed since the last guide.. 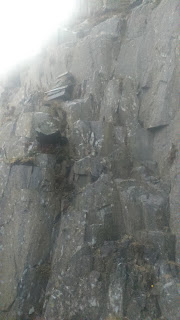 Found this helpful bit of lash together level access... 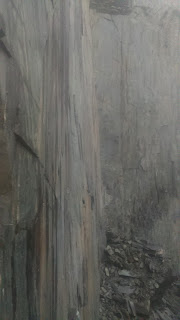 This rather awesome wall is the result of the big fall in lost world, could make a great venue for high 7 sport routes 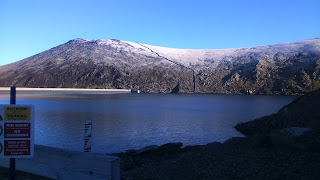 A week or two later I made it up to the dam in 36 minutes, beautiful sunny day And I chose to play in the shade. However, I was appropriately dressed, and had packed the hand warmers 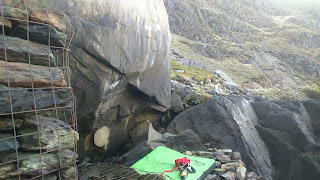 Unfortunately, I was also incredibly week after a year of injuries and false starts, I managed the old problems, which are on the main standing starts, but the unclimbed sitters were another matter. I was unable to gain any training value from them as although I could lovingly chalk and brush the holds, I couldn't actually pull on any of them. I'll have to go away and get a bit stronger. 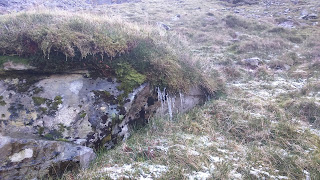 An example of the conditions, enough to pull on, not enough to hit with an axe..
Scooter decent was dry and 18 minutes ish, Need to leave off the brake a bit more to get down to previous records of 10/11 minutes.


LedgeHammer, 6B ish, one of the things I would eventually like to gain from a sitter.

As I write this I'm at home with a cold, so training's on hold a day or so. I've been enjoying using the Beacon too, as it can't all be outdoors, and I've set myself some pretty effective Power and Power Endurance workouts. slow and steady, that's 2017. That and hopefully some very silly adventures.