So the last couple of months have been pretty dry in terms of adventure, mainly due to being wet in terms of weather.

However, enough brief windows of opportunity have occurred to slap together into a report..

So here it goes:

Ymyl Gwyn (not it's real name)

I discovered this little cluster of gritstone during lockdown, and have been meaning to return. October afforded a morning so I got my stomp on. First highball mission since the Shard debacle and I picked this one.. 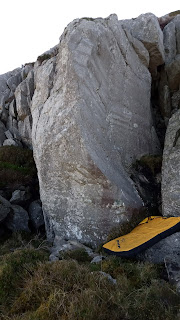 Turns out it needed more than a single pad, and once committed, it was impossible to fall on the one I had. Beautiful arete though, called it "Arrietty" after the studio Ghibli version of the borrowers, as it initially felt small, then I felt very small.. About 6B!
This is Wellington Drudgery, about 6A+. I'm seem to spend an inordinate amount of time on long boggy walk ins. Fortunately it occasionally pays off.

An attempt on the niche to the left, a decent side pull that just happened to be on the edge of a hollow pocket..
Crack ambition!
I've decided to spend the next few months ticking off and mopping up the last of the major North Wales crack based boulder problems. I'd forgotten how much I loved crack climbing. This little puppy did a
good job of reminding me. 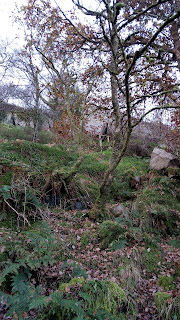 Crack Ahoy! Black Country Crack in Parc Dudley
I'd also been having some thoughts about taping up, and happened across a big sheet of 2mm foam rubber.. 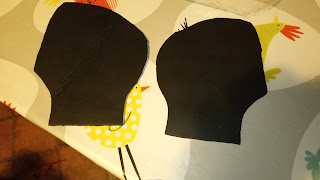 While it is too delicate to form a glove by itself, I was able to fashion templates to build a tape glove over.. 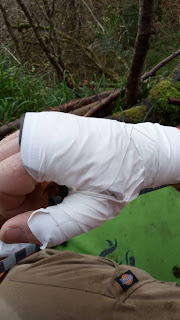 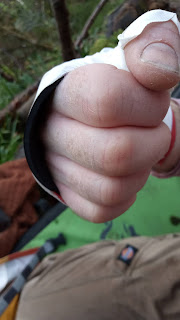 Boom!
Unfortunately, while the bottom 2 thirds of BCC were dry and lovely, the top third was not...
However, it made a lovely excuse to revisit this three star fist crack at a drier date.
I also foolishly attempted a through trip behind it...

Foolishness continued as I forgot shears to get the gloves off. I ended up driving home in them (via the Spar to get milk). 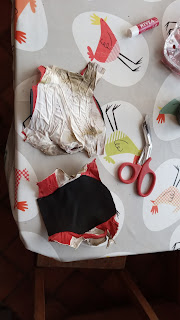 Came off lovely though.. Hand hair intact.
Finally, revisiting Craig yr ecs (surprisingly also not its real name)
So a year blighted by restricted travel has past, and yey! I've started revisiting some of these scattered play areas. First job was sorting the landing adjacent to Dutch Trance.  I was keen to play on another line on the same block, but it was blighted by a big spike and a jumble of smaller boulders. 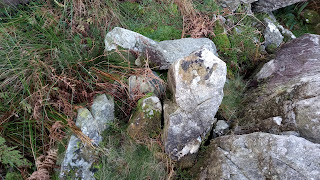 Firstly move and roll the small boulders and level the ground.. 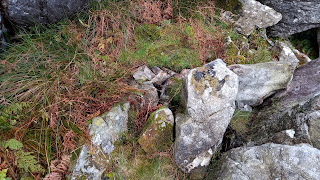 Then build up between the Spike and the boulder behind to platform it a bit and soften its pointy ness. 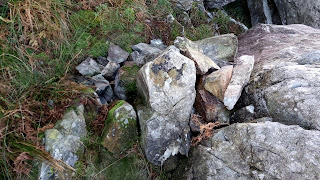 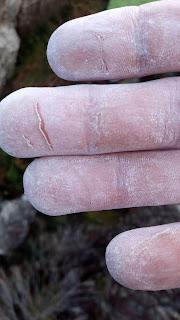 Sharp holds, soft skin. There's work to do.
Finally tried a project from previous visits. The sit I tried before was still too hard, but I found it had a logical stand, with a tricky dyno..
First time I got it, my wife decided to call (that's my ringtone) and I kinda went to pieces. Happily I topped it 2 or 3 goes later.
Slanted Enchanted, 6C or there abouts. The sit adds 2 moves, but probably bumps it to 7A+ ish.
So there you go, a few snatched moments, I'm looking forward to a future meeting up with others, getting some pads down. However, for now I'm just loving getting out.
There's treasure everywhere!