The Lockdown Diaries - I've got 99 projects..

And I can't climb one.
That has been the situation in sunny Wales. I made a moral choice to respect the BMC's request that we pause climbing for now. This was due to feeling a bit unjust when there was the masses who couldn't walk to their boulders, and not wanting to make the BMC's position harder. 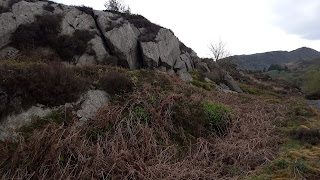 Well actually I think climbers being climbers, especially in the North Wales scene, I think they have. To be honest I can't blame them. Lowball esoteric lumps barely gazed at by man abound in this area, my blog is littered with them. Judging by the viewing stats, it appears that people have cottoned on to this too. So with my backwater projects preyed on by bloc hungry freedom fighter's what's a man to do? 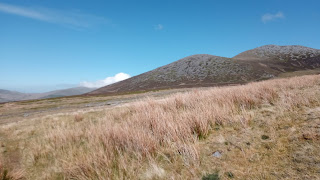 I started with what I was allowed to do. I noticed that the national park had moved their no play zone back south to Nant Peris. This meant I could wander from my house to the mysteries of Fronllwyd. 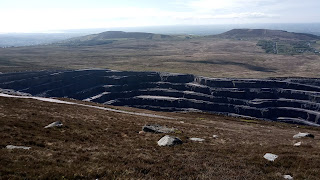 And have a gander into Penrhyn 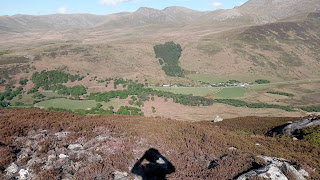 Even gaze into the Carneddau (which has always remained open, lucky Bethesdarites) 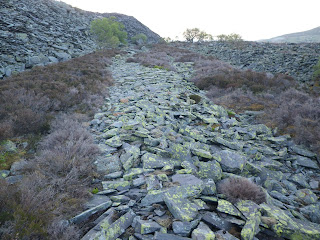 The road ahead is uneven and frustrating. Tonight our prime minister has allowed Englanders to drive to their "unlimited" exercise. This week gone, the BMC's advocated bouldering and top roping as phase 1 appropriate.
The stable door is open to the masses, and keeping my bouldering mat locked away won't save any lives. Obviously I don't want to go anywhere anybody else is (I never do really). Also the science is beginning to indicate that if someone gave my boulder cooties, it wasn't likely to give it to me. Certainly less likely than the trolley at Tescos.
Controlled and polite rebellion may save minds as well as lives.
Stay safe.