The twins are being encouraged to enter the world this week. With my family jumping in numbers to five, climbing is going to take a back seat for a bit. I popped out this evening for a preparatory play so that I wasn't jittering too much. I had such a good time that I thought I would share these areas with you. contact me if you want locations.. 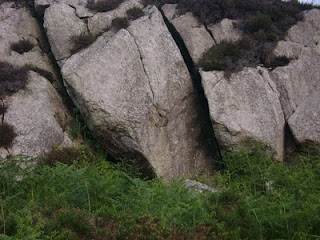 From left- 1st a through trip into the bunker itself, then the prow into the slab sds is The Wedge V3, slab into hanging crack, an arbitrary offwidth, next bloc is Huggy Bear V3 sds
The Crack House 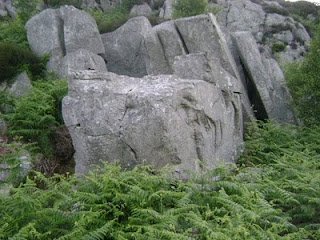 A jumble of rather large boulders; the block in front is nice to lounge on and has a sds dyno on its right side The Rake V3 which launches off a phat side pull and a crimpy one for the top. Tucked behind this is the pit which holds: 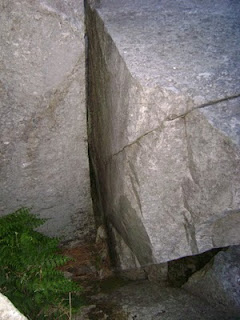 Barred to the Bone V3
a sds offwidth that overhangs by about a foot. (the bottom of the pit is about 3ft by 5ft for scale) 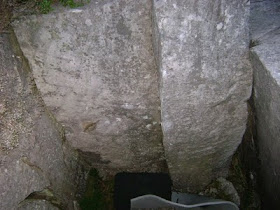 This is inside the Crackhouse. an enclosure of boulders entered via the wide slot on the right of the main picture. It gives enumerable aretes, cracks, and slabs. These are mainly quite eliminate, although still follow strong lines (i.e. following a slab whilst ignoring its aretes etc). The best of these is the stand up Shed Party V4 which takes the central arete. this picture also gives a sense of scale to the boulders 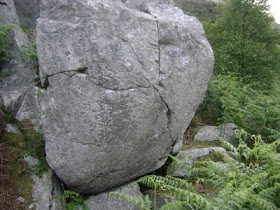 Toebar V4 goes up the front of the prow from the chalked holds near the vertical pod to top out direct. its a sds which utilises toes cammed into the gap between the prow and the block below.


I finished happy at eleven when I could no longer see the holds ( I didn't pack a head torch to prevent me staying too long) I saw two glow worms on the way home! 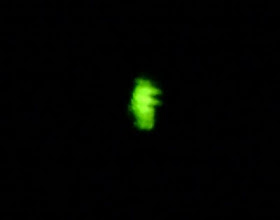